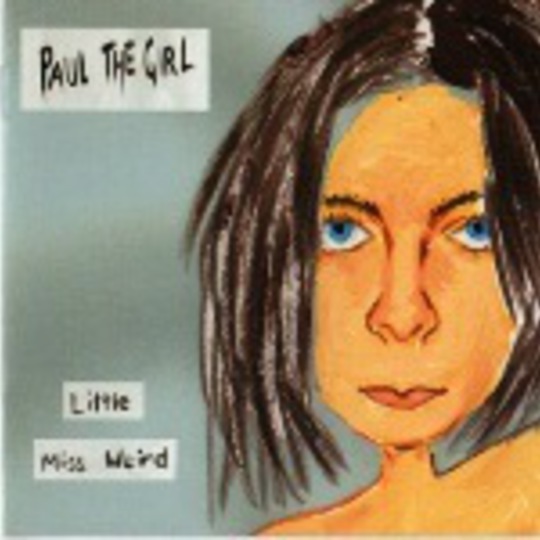 It took me by surprise – I'd say it stopped me in my tracks almost – when I heard Paul draw close the curtains on this, her third album, within a minute of the very first song. ‘The Little Girl Who Loved Down the Lane’ sets off on common enough ground: amp valves hot and humming with that homemade, four-track sound best filtered through loneliness and cheap Beaujolais introspection. Which is all very well, but it’s not what happens next. When her voice sighs then glimmers through a sleet of blues guitar splinters... NEXT... opens up like an umbrella... NEXT... and draws you tight into her world, or her bedroom, just as swiftly as she shuts out the rain. As a first song and a hook it works, and from here on in her nails are red from the scratches in your back, and the room is haunted by b-movie shrieks.

In Paul The Girl's world and – you'd think – her bedroom, names are important. As hers suggests, she seems to struggle to get comfortable in her own, pale skin. Her throat curdles on the testy red edge between sore and sound, and her scratched guitar itches with the sort of insistence that drives all in earshot to distraction. It's a discomfort that bleeds through into her lyrics - honest verses twisted awkwardly into rhyme schemes that, at times, feel like a stolen kid's jacket stretched too tight across the shoulders. Sometimes it comes off, (hear the chorus of 'Love is a Twinkling Star'), and sometimes it doesn't – the title track lining up among the guilty parties.

But on first listen, it’s this discomfort that immediately presets her to a different frequency than the chalky gloss littering commercial radio. The one track where she does sound completely airwave-made – 'Bricks' – is a noticably tender break, and manages to simultaneously recall dusty, cobwebbed attics; reignited romance on wet cobblestone; and trains clattering through quiet estates. So yeah, p'raps you could find Paul The Girl on the radio, but she's not neat or light enough to slip gently into the background on daytime FM. She'd be better off floating in some obscure AM backwater, sandwiched between taxi rank gabble and local minority stations. Melua, Winehouse, Tunstall and Thom – I’d never dare make those comparisons now, but if you’re a woman and you play anything approaching blues-folk, you’re gonna have to separate yourself somehow. As sad a case as that is.

Self-separation is something that seems to happen to Paul The Girl a lot – she’s crude and spiteful but never drops an 'h' or a 't'; she's preoccupied with sex but she isn’t sexy; she's a girl with a boy's name. It's rare to find such human schizophrenia – unfocused, uncontrived and accurate – anywhere, but when pushed up against the aforementioned wet blankets it's easy to see why Paul, and her album, are so oddly affecting. In short, London's Little Miss Weird is drenched with personality. It’s just sometimes I don’t like her very much.