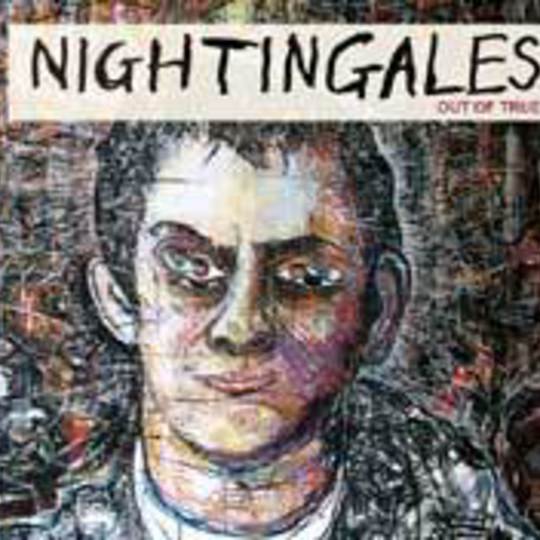 The story of The Nightingales started in Cannock in the late 1970s, when singer/songwriter Robert Lloyd, former frontman for class of '77 punk upstarts The Prefects dissolved his previous charges and set about creating something entirely different, certainly for the time in question at any rate. Having released their first single to rapturous accolades from all and sundry in the early part of 1981, and in particular from a certain Radio 1 DJ by the name of John Peel, The Nightingales' journey as one of the most transient underground bands of the eighties was about to set off in full motion.

With three critically acclaimed albums and a burgeoningly successful independent label (Vindaloo) to his credit, Lloyd and The Nightingales seemed destined for commercial acceptance as gradually, with the help of Peel and Channel 4's newly emerging The Chart Show, independent alternative music found itself gaining new acceptance from the mainstream. By that time though, Lloyd had decided to split the band, choosing to sporadically release the odd solo record instead.

Now, twenty years after The Nightingales' final album (In The Good Old Country Ways), Lloyd has re-assembled The Nightingales, although only guitarist Alan Apperley remains from the original (and indeed final Prefects) line-up. Instead, Lloyd has searched through the musical underbed of the black country and enlisted the likes of ex-Pram sticksman Darren Garratt and former Raincoat Gina Birch on Out Of True. What is stoically clear though is that this record is undoubtedly The Nightingales, and lyrical observations aside - the likes of 'Hard Up (Buffering 87% Completed)' and 'UK Randy Mom Epidemic' replacing the previously Thatcher-baiting epistles 'Down In The Dumps' and _'Only My Opinion' _- most of this album sounds as if it could have been made at any point during the band's heyday, from a musical perspective at least.

Which is part of the problem. While 'Taking Away The Stigma Of Free School Dinners', with its emphasis purely drawn on attacking the post-millennium culture of buy now, pay later ("Welcome to a world of credit" spits an angry Lloyd at the song's outset) and the garage punk brawl of 'Workshy Wunderkind' offer more substantial respites, parts of this record sound laboured and meander with the purpose of an upwardly flowing ravine in the middle of the Gobi.

At fourteen tracks in total, Out Of True can be hard going, which is where the [SKIP] button comes in handy, but at the same time at least half of the record illustrates what a supremely understated and gifted songscribe Robert Lloyd is. While there is nothing here to match the halcyon musings of 'Urban Ospreys' and_ 'Idiot Strength'_ from days of yore, Out Of True is as awkward and unconventional as anything the new breed of post-punk wannabes are capable of conjuring up.

To Die A Virgin