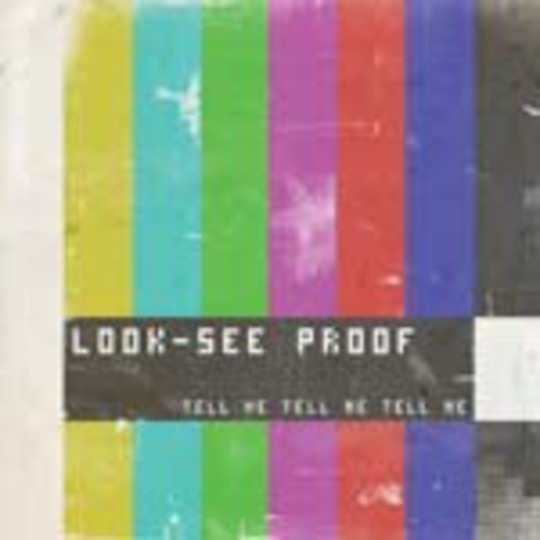 Another day, another band influenced by those two bastions of late seventies articulate punk, The Jam and The Clash. Here we go again, you may be thinking, but before you switch off for something of a subtler persuasion, wait...

Because as far as Look See Proof are concerned, things could go one of two ways. Which to be perfectly honest, they do on this record.

While most of their contemporaries already sit brazenly under the post-modern genre known simply as 'pastiche', Look See Proof seem to have a little bit more imagination and authenticity about them. Granted, the title track isn't a million miles away from the type of spiky, mod-tinged pop that the likes of The Rifles and The On-Offs have churned out since they learnt their first chords, but flipside 'Start Again' is where Look See Proof really come into their own.

"I'm so fed up of repeated trends!" spit brothers David and Lee Sells in a harmonious fashion that, whilst still offering a debt of sincerity to the likes of Joe Strummer and possibly even James Dean Bradfield, is equally as reminiscent of - and more to the point, what the disappointing second album should have sounded like - The Futureheads when they weren't trying to be too clever for their own good.

Whether they'll still be around in 12 months' time is anyone's guess, but for now this really feels like a breath of fresh air.