The Way The Wind Blows 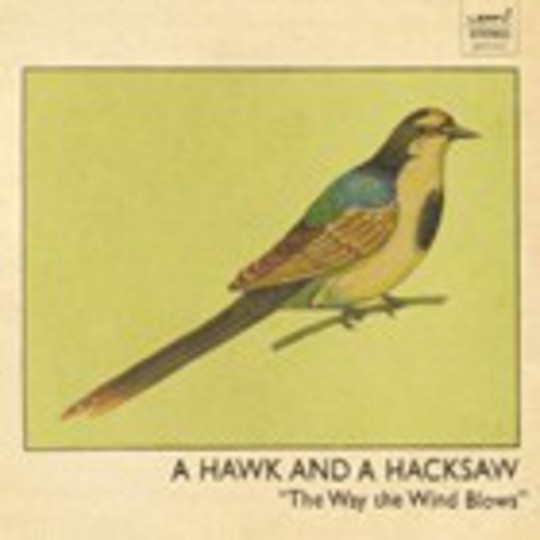 Enchanting, beguiling, and charming, perhaps even strange – just some of the adjectives that describe Beirut’s recent album, Gulag Orchestra (DiS review). A Hawk And A Hacksaw dabble in the same musical field – eastern European folk – and like Beirut their sound justifies the praise heaped upon them. However, A Hawk And A Hacksaw don’t retread ground covered by Zach Condon’s output, as the two acts differ in sound, lyrical concepts, and instrumentation. Welcome to the world of A Hawk And A Hacksaw, and the wonderful Balkan folk sound they purvey.

Former postman Jeremy Barnes understands how to make great music. Whether it be with the cult group Neutral Milk Hotel, or providing backing on Beirut’s aforementioned long-player, he knows how to create weird and wonderful music, almost effortlessly. Paired with violinist Heather Trost, and receiving a helping hand from the gypsy brass band Fanfare Ciocarlia, A Hawk And A Hacksaw’s third album sees the duo progressing with their sound, while maintaining their tradition of creating weird and wonderful music.

Initial listens of The Way The Wind Blows might suggest that Balkan folk isn’t for you. To the average music fan raised on a diet of western popular music, enjoyment of Balkan folk is an alien concept. After repeated listens, though, it starts to make sense. The preconceived ideas regarding enjoyment of extraneous music soon disappears – ‘God Bless The Ottoman Empire’ provides the crossover between music of two different cultures, while opener ‘In The River’ is an unforgettable musical jaunt re-telling stories of, well, the river. Eastern European culture seeps out through every pore, particularly on the purely instrumental tracks – which, incidentally, make up around two-thirds of the album. Perhaps it’s the instrumentation that leads us through the gateway of enjoying Balkan folk – unforgettable brass sections, accordions, violins – all simulating Romanian fanfare.

Inspiring as the instrumentation is, it does get a little repetitive towards latter half of the album. Many of the songs towards the end span a mere minute, and are easily forgettable. It’s during the first few tracks where the real magic is weaved; in the textural build up of ‘God Bless The Ottoman Empire’, or during the record’s title track, which sees the accordion take the backseat with the harmony while Trost supplements the melody to brilliant effect.

While Gulag Orchestra maintains an epic feel throughout, The Way The Wind Blows feels more restrained, perhaps capturing a more realistic snapshot of Balkan culture – after all, traditional Balkan folk was played at weddings and other social events, and it would only be played on a few instruments.

Let yourself become enchanted, compelled and charmed by A Hawk And A Hacksaw, as The Way The Wind Blows captures the true essence of old eastern European life. If you liked Beirut, you’ll love this.