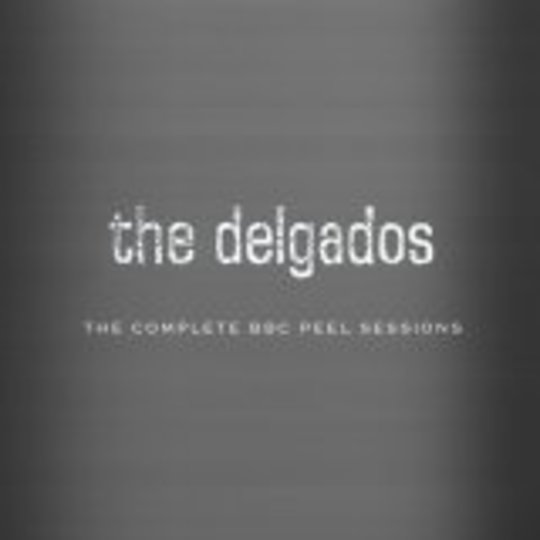 A few weeks ago, a discussion was started, rather foolishly in my view, about whether or not the Pixies at the BBC CD contained the definitive versions of the majority of Pixies songs. I have a number of reasons why I believe this statement to be false, not least that I consider the definitive version of ‘Tame’ to be the one I sang in the shower about a week ago whilst getting ready to go out. But anyway, ignoring the deranged ramblings of a partially-drunk Midlander with a Foamburst fetish – it can’t be true, can it? A band wouldn’t try their hardest, and come up with non-stop gold, on a series of radio sessions? Surely not?

Well, whether or not the Pixies did, one band has. The Delgados have managed to pull together 29 tracks from seven full sessions, spanning their all-too-short career, all of which are essential. Without blowing it up beyond all recognition, without overusing words that end up meaning nothing after the fifth time you’ve read them today, there are not enough positive things I can say about this collection of songs. If you like The Delgados, to the extent that you own all of their albums, then this album is essential. If you know them only slightly, having possibly heard one or two songs, then this album is something you need to buy to educate yourself further. If you’ve never heard of The Delgados, then - and I sincerely mean this - go and spend £10 on this album. Because unless you have ears of cheese and the musical taste of a 1980s footballer then you will enjoy much of what you hear on these two CDs.

So why is this album just so good? How have they managed to make each song sound more essential than it ever did on single or album? Partly it’s the vocals on each track - pure, emotional and raw, they take on a life that hitherto was somewhat shackled. In almost all of the performances here, the vocals are brought to the fore more than they ever were before. You get to hear the band grow from the humble beginnings of the first Beat Patrol session for Radio Scotland in 1995 (where ‘Lazerwalker’ reminds you just why they caught so many peoples' ears in the first place) right through to the final session, broadcast only a month before John Peel’s death in 2004 and including absolutely magnificent versions of ‘Everybody Come Down’ _and ‘Is This All That I Came For’_ from the band's final Universal Audio album. The slower songs, such as the stunning cello-led_ ‘Everything Goes Around The Water’_ sound, without exception, more fragile, beautiful and haunting than they ever have. The upbeat numbers, like ‘Mauron Chanson’, sound so urgent and like a band at the top of their game, enjoying themselves playing songs that they know are clearly among the best to have been broadcast on the venerable show.

Songs that had previously hidden themselves away (I’m thinking of ‘Repeat Failure’ _here, mainly) become world-beating, all-conquering, fully-fledged grown-up indie anthems. In the best possible sense. And in the middle of it all is a remarkable cover of _‘Mr Blue Sky’, which somehow manages to eclipse the original for harmonious summer vibes.

Many bands would strive for decades to get a greatest hits album as good as this, and I haven’t even mentioned ‘No Danger’, which is stunning, or_ ‘California Uber Alles’ _(yes, that one), which is thrown away as if it were just a cheap b-side but sounds all the more urgently exciting for it.

If you buy this record, your life will be better.