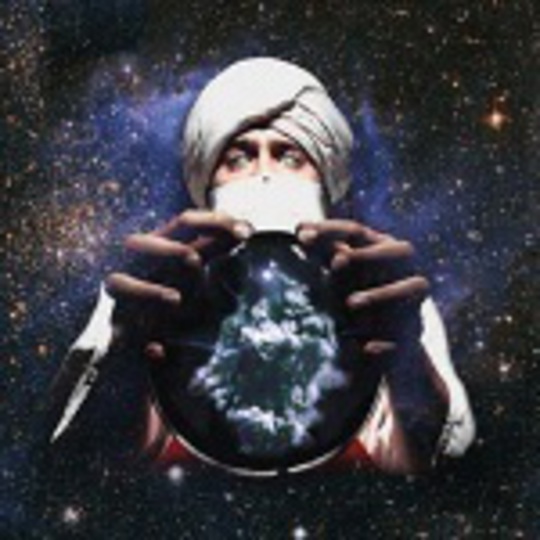 Or, at least, I think it is: from what I can tell, little’s changed on your part since last we stoked the fires of this relationship of ours. Back in 2004, that’s when our stars first aligned, surrounded by burning red skies peppered by acid clouds of bile-spitting aggression and attitude. I was smitten with your fuss-free punk-rocking, all flailing limbs and sweaty pits, elbows in faces and microphones down throats. I was bowled over by your in-your-face approach to terrorising a crowd, by your take-no-prisoners drum blitzes and earth-rupturing riffs of absolute power. I wanted to dive right in, and did just that: a pair of blackened eyes later I spun out into the night soaked through and satisfied to the point where my gut was about to burst.

We’ve drifted apart over these two years, though – I only see that now. I only hear the obvious when I play your second self-titled album and long to feel those flames again, to have my soul singed by an arsenal of fuck-the-avant-garde arrangements turbocharged by the rapid-fire beating of four hearts driving for something better than what’s come to equal ‘punk rock’ in the last few years. For some alternative to the pseudo-punks dominating MTV award ceremonies and introducing clothing lines, selling their images to shoe manufacturers and plastering their faces on lunchboxes (probably). But this, this really is no better than the work of those that have spread the rot, the decay and decline. This isn’t remarkable; it’s not the vitriolic call-to-arms that it should’ve been. It’s an entirely average melodic punk-pop record with a smattering of curse words to rile parents of the early-teens that should be buying this. It’s an echo of everything that dominates MTV award ceremonies.

So I guess it isn’t just me, then. You’ve changed, too. You’ve clambered your way out of the “fucking quicksand” you scream about during ‘Transsexual Blackout’, one of many ridiculous song titles on show here, and worked your way into the realm of the pretenders you once wished to banish to the very bottom of whatever stink-pit they originally crawled their way into the mainstream from. Sure, you’re still pissed off at something _– that much is clear from your forever aggravated vocal delivery – but the sights are all skewed and the bullets are spraying haphazardly, like a kid brandishing a fireman’s hose. There are diversions into glam-rock territories here – please, don’t attempt to convince me that _‘Shitty Future’ is anything else – that are wholly unappetising; there are lyrics straight out of the back pages of a ‘renegade’ teenager’s exercise book – listen to the same song if you doubt such a suggestion; and come the final fade of soft-fucking-rock album closer ‘White Guilt’ there’s absolutely no desire to play this record again.

“It never quite feels the same,” those are your own words here. Too true, so I think – I feel – that it’s best if we went our own ways now. You’re welcome to embrace a greater audience, to enjoy the spoils this album will surely bring given its commercial sound and obvious compromises. Please, I wish you all the best. But I can’t come with you. I’ve punk-rock records to love, to listen to on repeat until I’m exhausted. I’ve punk-rock records to cherish as I did your debut, punk-rock records that really don’t sound like this.

The Bronx, please don’t take this personally. We’re different people now, and it’s clear our paths have taken entirely separate directions. Perhaps I’ll see you – perhaps I’ll hear you – once we’ve circumnavigated this obstacle that’s forcefully divided us. In the meantime, though, it’s best that we allow those aforementioned fires to die down to embers. After all, they’re so much easier for you to walk over as you stroll so gleefully into the company of those acts you once deplored.*

*The first person to tell me that The Bronx are touring with Converge and Mastodon, and then Winnebago Deal, gets a slap for completely contradicting my point. Bastards.