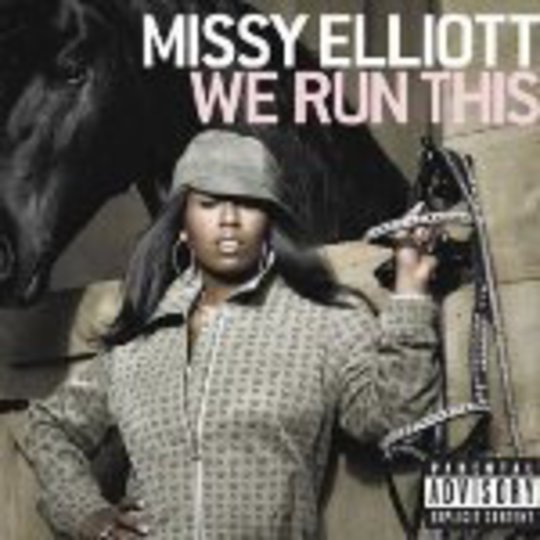 So, I was surprised to find that I have absolutely no opinion about Missy Elliott. I'm aware of her, of course; I've seen enough five-second clips of her jiggling about on TV adverts to make up some kind of disjointed megamix of her entire career. I know she's quite keen on the idea of being respected. Or 'speckd, maybe. But musically? Never really digested a note of it. Or a beat of it, I guess, seeing as she's "THE reigning queen of hip-hop". Funny. I mean, most pop stars you can either like or dislike or whatever, you know. But the Missy juggernaut seems to have completely passed me by.

And on the strength of this single, I'm quite happy for that to be the case. It consists of a sample of 'Apache' (a Wild West-type thing - you'd know it if you heard it) and some bongos. And Missy rapping on about something or other. You know, her running this. 'This' being an overhyped crock of shit song, in this case. The instrumental version on the b-side is like a new and interesting form of torture.

The press release gleefully screams out that this single is tied in with a Disney movie about female emancipation, starring Jeff Bridges. And I am led to wonder, is that what Missy is? A Disney-esque caricature of today's Strong Woman, some kind of ABC-simple symbol with a suitably sympathetic life story, full of hardship; the eternal underdog turned hip-hop queen, marketed just right so everyone feels like they are part of that success, willing her on?

Maybe, maybe not. Anyway, I'm sure she's done better stuff than this somewhere along the line. I remember a song with Mel B that was passable and had a cool Tron-looking video. But really, this single is absolutely abominable, simplistic, charm- and hook-free, and I wish I'd never heard it.