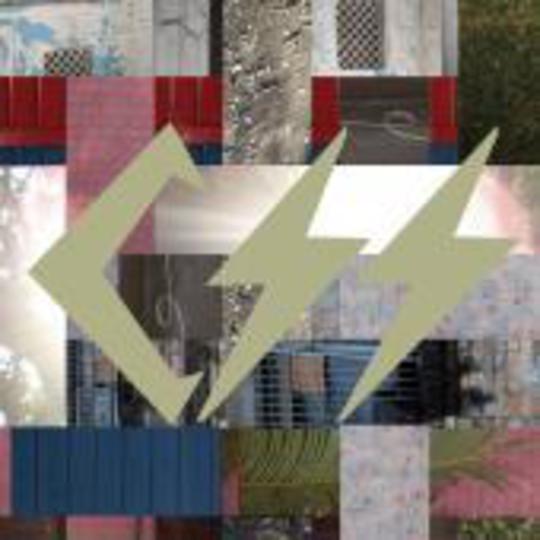 Y’ever wonder what happened to Enon? The Brooklyn mainstream dodgers have maintained a near-perfect radio silence since the release of odds-and-sods compilation Lost Marbles and Exploded Evidence, while their last long-player proper, Hocus Pocus, is but a fond memory from 2003. D’ya think – and stick with me – that the trio might’ve got tired of American life? As an always-on-the-road outfit prior to their slipping into the shadows, it’s entirely possible that John Schmersal and co. might’ve found a new home to call their own. There, they might’ve made new friends, and gone on wonderful new musical adventures. Could that place be São Paulo? Could that new musical adventure be CSS?

Probably not, and _no_, are the correct answers to the ridiculous questions above, but Enon are one of the first acts that the listener immediately leaps to when looking to compare this Sub Pop-signed sextet to any other beat-driven dance-rock act with more intelligence than is immediately apparent. See also: Les Savy Fav, Q And Not U, The Faint – fans of these acts will find much to love in CSS’s funk-infused hyper-punk.

Another trait that the aforementioned share is that they inject their records with a liberal dose of FUN. CSS’s fractured-English lyrics, childish in their delivery but smutty content-wise (“Suck suck suck my art-hole,” instructs lead singer Lovefoxxx – with such a name, should we be surprised at the risqué nature of some of these lines? – before later offering forth a song called ‘Music Is My Hot Hot Sex’), keep the listener alert should the band’s oft’ repetitive approach to compositional craft grow a little tiresome. It’s this dearth of variety between tracks that ultimately costs Cansei de Ser Sexy a hearty slap-on-the-back commendation. That’s not to say it should be damned by feint praise, though.

A little mining for gold does produce a brace of truly decadent treasures: ‘Meeting Paris Hilton’ possesses a bassline so perfect your hips’ll be shaking some minutes after it’s faded into the rather-less-insistent ‘Off The Hook’, and ‘This Month, Day 10’ takes synth-pop to dizzy sex-and-violence-themed heights. The absolute standout, though, is lead single ‘Let’s Make Love And Listen To Death From Above’. If you’re yet to dance to this siren-wailing, bass-grooving, funk-master-flexing beast of a summer indie club anthem, freakin’ remedy that. It’s a party waiting to happen in your pants, and we’re all invited.

However, once all is done and danced – in under 35 minutes – there’s no immediate desire to go around again. It’s this that scuppers CSS’s chances of joining that already referenced elite (feel free to add your own favourites), as whereas the likes of Les Savy Fav and Enon back their front up with gritty heart and ambitious soul, CSS seem content to be disposable. Granted, much of the best pop is, but one gets the impression that the expectant masses, those schooled on Sup Pop releases past, housed hopes for more from these Brazilians.

Perhaps their live show will astound, though? They tour the UK for the first time in September (click). We say go, you go party...