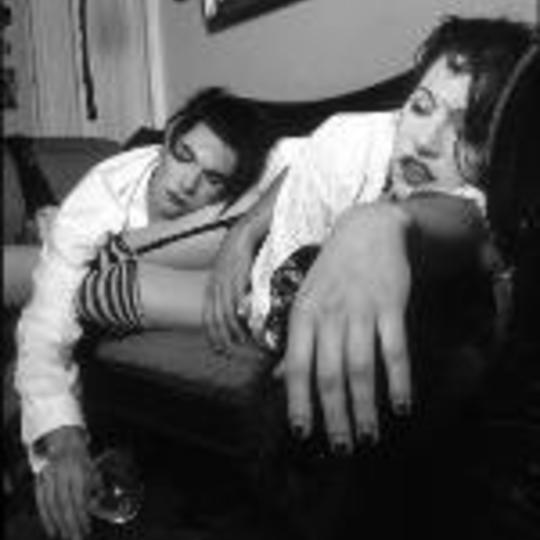 If one man’s Shakespeare is another man’s Shinola, then The Dresden Dolls occupy probably the most enviable spot in the playhouse. On the one hand, the Boston-based duo bring enough theatrical flourishes and melodramatic duplicity to their act to attract a sizable following who are only there to see a spectacle. On the other, Amanda Palmer digs out enough from her own life to act as grist for her musical mill to satisfy the demands of anyone who expects something deeper from the performance.

Next up for your listening pleasure is 'Backstabber', another darkly-tinted gem that wafts along on a piano riff that’s by turns jerky and sweeping, augmented and fleshed out by Brian Viglione's impeccable drumming. It's tempting to read 'Backstabber' as a satisfying, and gorgeously played, sideswipe at a fellow musical traveller; Palmer's delivery is spiteful and pitying as she skewers a self-absorbed "jaded bitter joy crusher" who's "all over the popular magazines" and who only "sleep(s) with girls who say they like (his/her) music." Then again, the character in question could be completely made up, a fictional receptacle to hurl abuse into. Only Palmer knows for sure, and she's probably not telling (where's the fun in that?)

As with most of the Dolls' best numbers, this song not only stands up well as a single in its own right but also feels like it would be right at home in a musical. For my part, I'm still crossing my fingers and toes that Palmer and Viglione will finally go the full nine next time, and instead of a just a third album we'll get the full stage production. Think Andrew Lloyd Webber adapting a script by Takashi Miike with Coco De Mer doing the wardrobe, starring Jim Rose and Dita Von Tees and set in the Moulin Rouge. Tell me you wouldn't pay to see that.