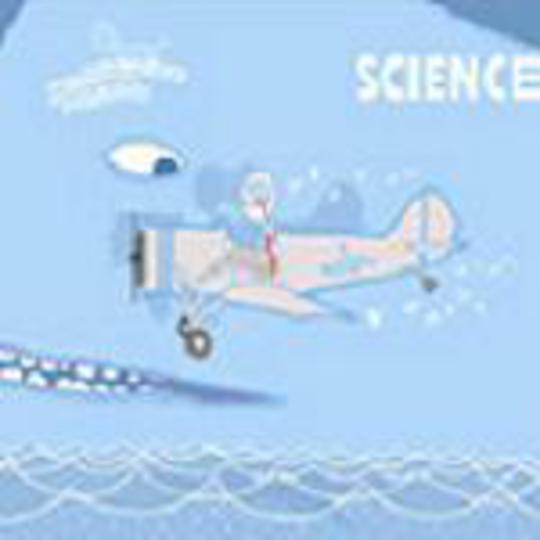 This second single from Sheffield’s **Monkey Swallows the Universe displays the same simple, dreamy simplicity which made their previous offerings so immediately appealing. Adding violin and flute to the usual drums/guitar combo, they play full-sounding folky pop which, perfectly complemented by the gentle clarity of Nat Johnson’s voice, has a warmth that wraps itself around you: the mind just wants to lean back into it and relax.

Also present, however, are sly darts of wry, worldly-wise humour and rather odd imagery (“We can make bold with our mouths till the fillings fall out”) which give MSTU the kind of memorable edge that keeps the listener coming back. There’s a casual honesty to their words which makes their music more resonant - and, sometimes, more hard hitting - than one might expect from such soft-footed sounds. Mix this with the aforementioned sense of humour and a constantly surprising musical playfulness, and you have something really rather lovely.

Although not quite as consistently captivating as debut album The Bright Carvings, ‘Science’ is a very pleasing offering and should be checked out by anyone who likes their pop music with a dose of folk, humour and wisdom – and, I might add, with some absolutely beautiful vocal harmonies.