Me, Myself and Rye... An Introduction To The Russian Futurists 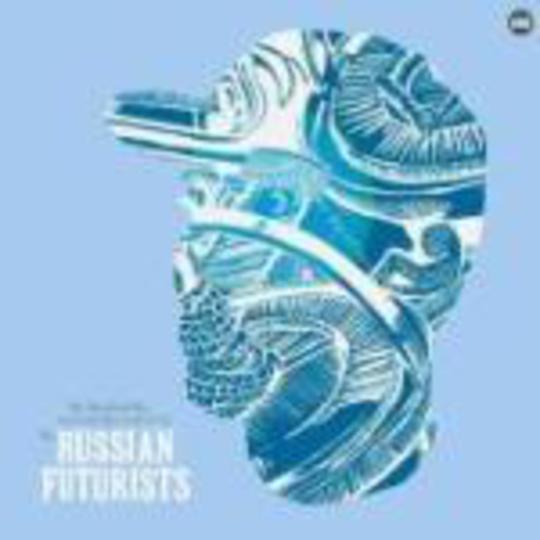 There’s something so very off-putting about the employment of ‘cute’ as an adjective preceding something musical. It’s but a minute fraction more appealing than reading that a record’s ‘quirky’, or even worse ‘eclectic’. Although each isn’t entirely exchangeable with another, all three are harbingers of a following paragraph or two of garbled justification, almost certainly resorting to ridiculous analogies about sticky sweet doughnuts and chocolate biscuits, rainbows and fairies and all of that palaver.

So, forgive me: The Russian Futurists’ debut UK long-player, a neat collection of songs culled from main man Matthew Adam Hart’s first three albums - Method Of Modern Love, Let’s Get Ready To Crumble and Our Thickness - is so brilliantly cutesy, so stomach-sickeningly saccharine in its compositional structure, and so wonderfully awry of what traditionally constitutes fantastic pop that it totally warrants qualifying with the aforementioned offending modifiers. Sorry.

The “ba-ba-ba-ba-baaa”s of ‘Our Pen’s Out Of Ink’ are superbly cute and cuddly; likewise the simplistic synthesizer stabs of ‘The Science Of The Seasons’. They’re end-of-the-rainbow fairies fluttering about your head, magical but somehow real and right before your eyes (or ears, in this case). The titles, too, are wonderfully, transparently warm and gooey: ‘Your Big Brown Eyes And My Big Broke Heart’, ‘It’s Not Really Cold When It Snows’, ‘Let’s Get Ready To Crumble’… if the songs themselves didn’t serves as gut-settling antacids, the sugary rush felt in your belly after reading such names would surely result in an impromptu ejection of recently-eaten doughnuts and biscuits. Chocolate ones, obviously.

Lyrics seem mumbled compared to the crispness of the music about them – although the arrangements are simple, their few layers are well-amplified; a passer-by bending an ear toward too-loud earphones could well mistake Me, Myself And Rye… for a hip-hop record. Although Hart’s at-the-microphone performances lack the directness of his behind the desk work, his vocal contributions are nonetheless very effective at endearing the man to the first-time listener. So much so, in fact, that repeat plays are a certainty: half-whispered words require deciphering and understanding, and only practise can make perfect.

Which seems a good a place as any to end this appraisal of a very cute – sorry – and highly eclectic – sorry – piece of history from a supremely talented and quirky – sorry – musician. These songs are Hart’s past, and comprise solid foundation blocks for future albums; strong-stomached fans of interesting indie and peculiar pop alike are well-advised to investigate its charms prior to the British release of entirely new material.