The Kids At The Club (An Indiepop Compilation) 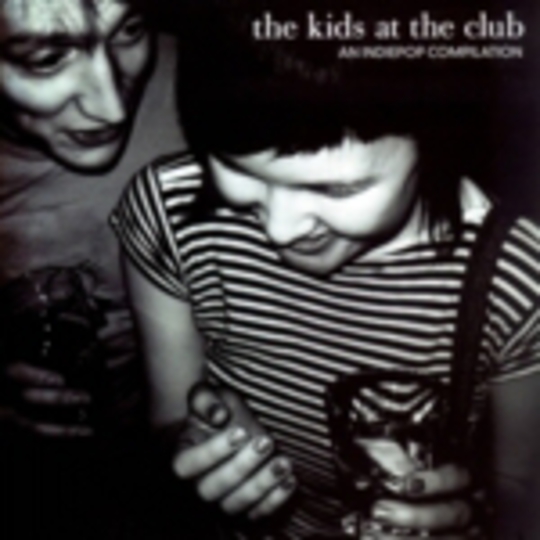 The kids at London’s How Does It Feel To Be Loved? club night sure know what they like, or should that be what they don't? No punk, metal, college rock, Britpop, hip-hop or dance is to be heard on their watch. So it's hardly a surprise to learn that their first compilation, The Kids At The Club, is anything other than an hour or so of the indie-pop sound that they treasure so much. But does it soar, epically, into the skies instead of skipping around giggling in the playground, or conceal dark secrets beneath its do-good exterior?

On first listen, it doesn't. True to form, the majority of The Kids At The Club draws from The Smiths’ school of vocals, Belle & Sebastian’s summery sound, Camera Obscura’s indie-pop and a touch of northern soul. But if the idea of nineteen consecutive songs about how perfect it is when trees blossom and how much [insert name here] wants to spoon with this week's obsession leaves you convulsing in disgust on your kitchen floor, look a little closer. For every Morrissey, Murdoch or Heaton in waiting – or, in the case of Voxtrot's_ 'The Start of Something'_, all three at once – there lies something slightly more interesting.

I'm From Barcelona, for example, are twenty-nine in number, which together with their happy-clappy stylings makes a comparison with The Polyphonic Spree unavoidable. Amidst drums, brass, guitars and an organ, the feel-good melody of the unsurprisingly-titled 'We're From Barcelona' dances across the air with handclaps, a xylophone and its twee promise of “love is a feeling that we don't understand, but we're gonna give it to ya”. It's sweet and enjoyable, although soon outdone by the similarly Swedish Salty Pirates. The Gothenburg quintet's 'Black Minds, White Lies' is like Number One Cup for 2006, or Brighten The Corners-era Pavement, 'Stereo' with a chorus of 'la's over thinly-distorted lead guitar, a bone-dry snare and vocals careering around like a joyrider's latest acquisition.

Amongst the rest of the fairy wands and corduroy lies one more track wholly worthy of a mention – Tender Trap’s ‘Ampersand’, a slice of fluffy guitar pop led by the softly-husky, seductive tones of Amelia Fletcher. Darren Hayman's right-hand girl on a lot of Hefner's latter material and all-round indie-pop heroine, Fletcher’s harmonies are the making of this hook-laden song, her assured, unwavering delivery betraying the glint in her innocent eye for the strong-willed love-fiend beneath. A touching performance from the ex-Marine Research crew, despite a passing resemblance to L7's 'Pretend We're Dead'.

Whilst some will be put off by the musical style, you don't have to love indie-pop to at least appreciate The Kids At The Club. It may not be the best compilation you’ll hear this year, but it's far from the worst, and could well be highlighting where the future of indie-pop lies. Sweden, largely.