Let's Make Love And Listen To Death From Above 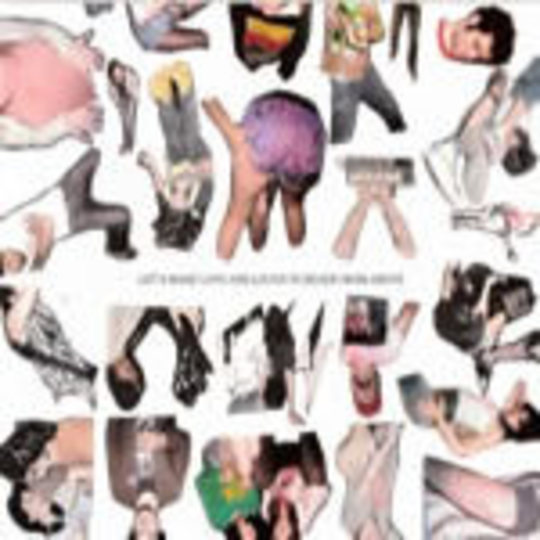 For a start, they’re clearly not tired of being sexy, as their Portuguese name suggests. Like a playful fumble under the bed sheets, _‘Let’s Make Love And Listen To Death From Above’_ is aural intercourse, singer/seducer Lovefoxxx luring you into a world of unknown mischief over the bounciest of bass lines and the most spirally of synths.

They’re also deceiving you, the listener, with the pretence that this is in fact 'party music' – if that were the case, not only would this be half as satisfying as it repeatedly is, but it would be flung as far from the stereo as possible after two listens. It's this longevity that is perhaps the most surprising element, considering the single could be deconstructed in seconds to the band’s base influences: Talking Heads to Peaches to Soft Cell to... you get the idea.

However, to discard CSS as simply a 'fun', novel venture, created cynically like a jigsaw of previous artists, would be unjust and to your detriment. When music’s this innocently boisterous and has a palpable sense of musical naivety, it’s just too rare to ignore.

_'Let’s Make Love And Listen To Death From Above'_? Sure. That is if you’re not just lying again…