Under The Crooked Moon 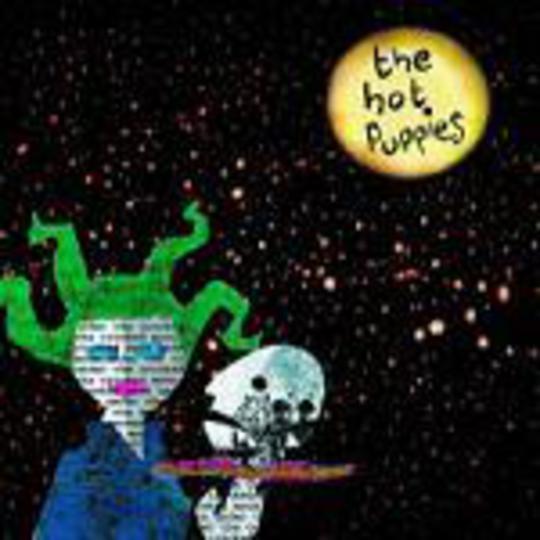 A couple of years ago, there was a pile of singles and demos, most of them still packaged and waiting for opening and perusal, awkwardly balanced next to my stereo to be reviewed. There was one release nestled amongst the rest that not only pissed from a towering height over all the forced poseurs, damp acoustic-wielding chancers and turgid schoolboy rockers that week, but has also since become the standard by which I judge almost all other strains of pop music. It was glamorous, oozed the shiniest melancholy and told a story of temptation with a sly wink that made it about as innocent as OJ Simpson. It also had a great name - ‘Green Eyeliner’. Now, two years later, the debut album from The Hot Puppies has finally landed in my lap, too. That the aforementioned single is not the beacon-like centre point, instead a potential hit among potential hits, proves just how dazzling this album is.

The thing about the Puppies’ output so far (including their other short-playing effort ‘Terry’, the (a)rousing opener here) is that it has given them the air of bedsit indie-pop and chip-shop chic – you wouldn’t have been surprised if they were the sort of band who’d pull your hair, kick you to the gutter, snog your boyfriend and make such a gorgeous sound in the process that you’d still be grovellingly thankful. But Under the Crooked Moon proves them to be something much deeper – lovelorn, dramatic, tender even. “I feel just like a ship in a bottle”, quivers Bec Newman with her irresistible bruised-inside croon, resonating somewhere between PJ Harvey and Gwen Stefani, while violins gracefully collide with military drums behind her. “I don’t know how to get out or how I got in.” The tone is set for the whole experience: these songs resound so bittersweetly that there is the inescapable sense of being exquisitely entrapped; the twang-happy guitars, bristling harmonies and wildly oscillating organ sound act like sirens, drawing the listener on to the rocks.

What stories this lot can tell, too. The occasional 6/8 time signatures mean that there’s a sense of the swaying sea-shanty about certain songs, but it can’t take away from how the Pups can match gutsy musical majesty with yarn-spinning lyrical excellence. Take ‘Bonnie + Me’, for instance, a tale of lost friendship that starts as a fairly quaint but tragic Arcade-Fire-on-the-cheap reminiscence and then builds and erupts into one of their most effectively stirring downbeat anthems. Or ‘The Girl Who Was Too Beautiful’, the Pulp-a-like musical letter from the girlfriend of a male widow that brings an element of crashing indie-disco to proceedings. Even during their sparser moments, like the plucky but elegantly forlorn ‘Heartbreak Soup’ and the dainty closing track ‘Into Each Life Some Rain Must Fall’, there’s such power in the words and the way in which Bec sings them that you hardly notice the minimal accompaniment at all.

As an album, this shatters pop’s glass ceiling as well as pop-lovers’ hearts; it banishes all the connotations (disposability, artificiality, insincerity etc) that stop pop music from being the most rousing of art forms. This proves that they can go from a sly wink to a world-weary sigh and still sound as seductive as ever. Rather magnificent.

My Baby's Into Witchcraft