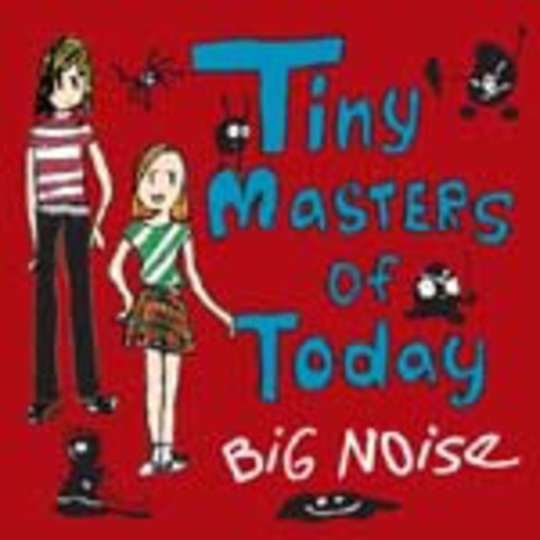 Anyone who thinks attitude is underrated in rock 'n roll should cast an eye in the direction of pint-sized garage-rockers, Tiny Masters Of Today. With their debut three-track EP, brother-and-sister duo Ivan and Ada showcase just how far you can go with a handful of chords and a boatload of sass.

Sounding like it was recorded on an eight-track in their parents' basement, Big Noise has an undeniable DIY charm to it. The tin-can drumbeats and sloppy two- and three-chord strums are catchy enough, but what sells the first two tracks is the kid's bored-sounding 'do-I-have-to?' delivery. It's like watching an extremely simple magic trick - you know this is a variation on something you've seen over a hundred times before, but somehow it all seems to work brilliantly anyway. The only track on which the pair overplay their hand is on 'Bushy'; combining George W Bush samples with a chord progression lifted wholesale from The Rolling Stones' cover of 'Never Fade Away', it skirts dangerously close to annoyingly twee.

Of course, there are going be a fair number of souls who will dismiss the Tiny Masters with this tag, anyway. In fact, they're bound to irritate as many people as they win over, and their detractors have probably already slated the duo as a novelty item due to the fact they've yet to hit puberty. But if rock 'n roll has taught us anything by now, it's the simple truism that sometimes it's not what you've got but what you do with it that counts. And in this regard there's enough on display here to inspire hope that Ivan and Ada won't be the second coming of Hanson.

If Tragedy Is Appealing, Then Disaster's An Addiction