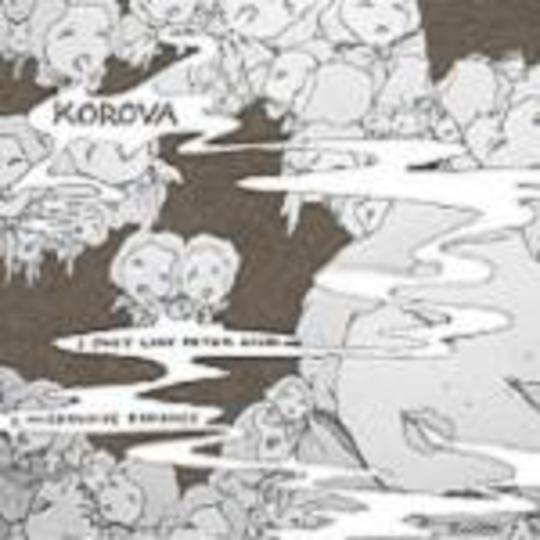 Edinburgh’s Korova have all the insolent style of the Ramones – the band members are named KiKiKorova, FiFiKorova, GigiKorova and KittyKorova, and live they’re a searing blast of energy and soul – but they eschew the dumb simplicity of that denim-clad outfit. Instead, their rock ‘n’ roll is of the fuzzy, complex, threatening kind: all tightly-wound tension, edgy foreboding and the kind of corrosive emotional power which sends shivers down your spine and deposits increasing levels of nervy energy in the pit of the stomach until you want to explode. Or dance, or shout along, or maybe just scream vaguely in key.

Twinning an emotional immediacy which grips you by the throat from the first note and never lets go with a complexity of scuzzy riffs, subtly crashing drums and addictively raw rock energy, this is very powerful stuff. The joined forces of those two qualities let this both convert instantly and grant it sufficient substance to satisfy the ears on repeated listenings: it’s both explosive and intelligent; simultaneously livid with rage and loaded with a sense of hopeless, sorrowful regret.

And the end result, as the bitter refrain_ “I smoke these cigarettes/They make me feel like something/They remind me there’s romance in cancer”_ paves the way for the brutal whirlwind of an outro, is that I can never imagine growing tired of listening to this song. So set the stereo to repeat, and prepare to be astounded.