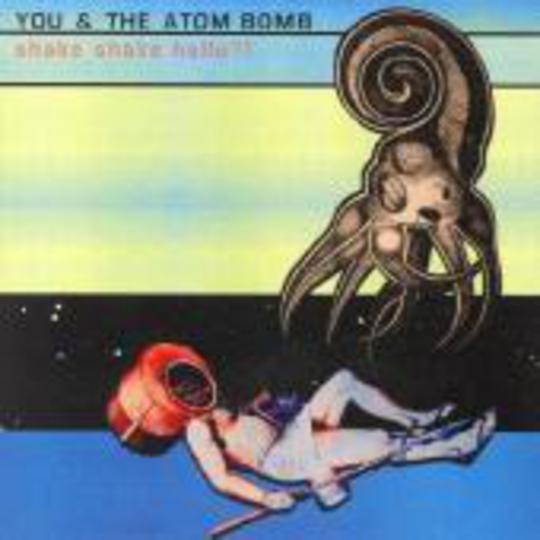 A flurry of yelps over meandering keys and stabbed-at guitars,* You And The Atom Bomb*’s seven-track follow-up to 2005’s ‘Velocipedes’ seven-inch is another hyperactive helping of inventive musicianship, born and bred in the west country but undeniably in debt to US pop-punks-proper.

We’re not talking about your Blinks or Charlottes here, but your Les Savy Favs and Q And Not Us. Slight suggestions of psychedelica-informed upbringings also make themselves evident across this varied, but coherent, selection of songs – keyboards swirl as lyrics turn to talk of starship transmissions, all but confirming that the four individuals that comprise Y&TAB have dabbled in mind-bending substances, legal or otherwise, during the making of Shake Shake Hello?. That, or their minds are simply that manic, their imaginations borderless.

Dancing shoes will scuff themselves silly to ‘Behold, Coelacanth’ and jaunty opener ‘What Hither?’, while more lethargic souls will find the proggy overtones of ‘Zapgeist Alchemics’ worthy of their immersion. Cutesy yet accomplished, Shake Shake Hello? is the record that should be next on the shopping list of anyone particularly taken with either The Mystery Jets’ Making Dens or… actually, there are a million and one reference points if you listen for them, so how about we summarise this as succinctly as possible?