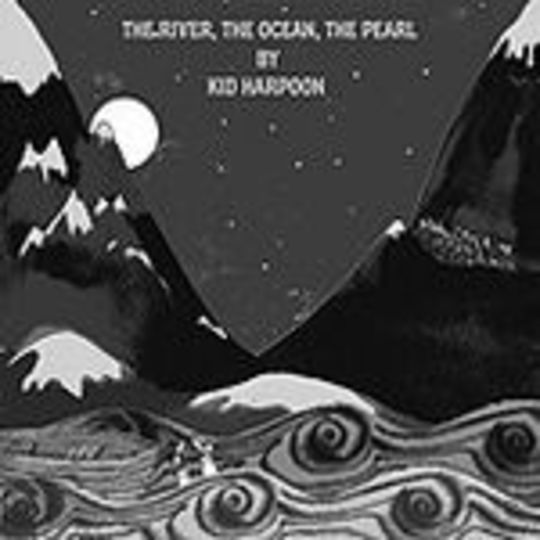 Somewhere, there is a pub. Above that pub is a small flat – dusty and dirty from years of neglect, and with only a small window capturing the glorious morning sun. In this flat, mice and insects run across the wooden floorboards while an undisturbed young man readies his guitar for another recording of blissful melodies. This young upstart is an artist named Kid Harpoon, a man with an ear for a melody, and more importantly, and ear for a tune. He’s not alone though – aside from the wondering vermin he’s in the company of friendly musicians, who swap expeditious harmonies between electric and acoustic guitars.

As Kid Harpoon sits in silence waiting for the others to set up, the striking clashes of glasses from the downstairs pub evoke regretful memories from the night before. Regardless of these worries, Kid Harpoon sets the music going, and starts off the first track from the single: Riverside. It’s fast paced, full off riveting melodies and rhythms and is what some might call a memorable tune. The acoustic guitar that works with the dirty electric sound goes some way in creating a great rock and roll song, and makes the dust bounce off the wooden floorboards and the solemn barman angry with the noise above. It’s played with style and swagger, but the real talent lies in Kid Harpoons voice – the way he can change in an instant from sharp, harsh tones to the soft qualities of his falsetto is something to be praised.

As the dust settles once more, Kid Harpoon sets himself up for a predominately acoustic number, one which shows the real skill that he can muster. It’s Time sets off slowly, started off by a quiet acoustic guitar as he sings wistful words in a room dirt-ridden and old. As the melodies and harmonies gradually build to the songs climax, Kid Harpoon’s soft tones become mimicked by an equally delicate female voice, one which helps create a euphoric, spine tingling end to a promising single. The song ends, Kid Harpoon puts down his instrument, and a sudden realisation occurs that all the past worries were enveloped in 7 minutes of modern rock and roll, and mellow acoustic noodlings. If this release is anything to go by, then the future bodes well for Kid Harpoon. Hopefully next time he will be playing to more than just the mice that inhabit the little room above the pub.