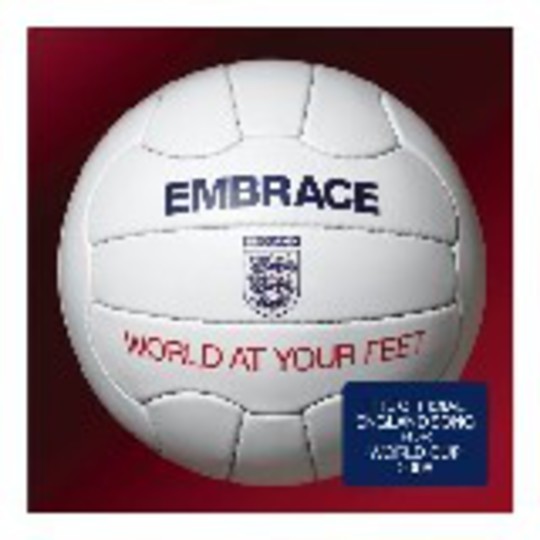 Righty ho. So it's that time of the decade again, where every two years our national football team scrapes through into a major tournament and then...drat! goes out on penalties to the cream of Port Vale or someone as equally beguiling. Of course it's the ref's/lino's/commentator's/bloke in the crowd with the striped hat's fault so Sven can laugh all the way to the bank in his final swansong as England manager safe in the knowledge that he's probably got A.N.other job lined up somewhere on the Italian or Spanish riviera worth megabucks and the odd hand shandy.

But still, that doesn't excuse the fact that the Football Association went for one of the most diluted, pedestrian acts on the planet to perform what is supposed to be a representation of the average English football fan's passion, commitment and desire over a three and a bit minute song. Let's face it folks, terrace anthem this ain't, although I'm sure even the staunchest of Embrace fans would've known that from the off.

To be fair, it's not a bad Embrace song by their standards, but at the same time, when you've heard one McNamara vocal you've heard them all, and some.

I suppose, theoretically, 'World At Your Feet' is the perfect epitaph for Sven's reign as England's number one - staid, disinterested, and passionless. Oh well, here's to Austria and Switzerland and Euro 2008.

The Grates at Rock City, Nottingham, Wed 31 May