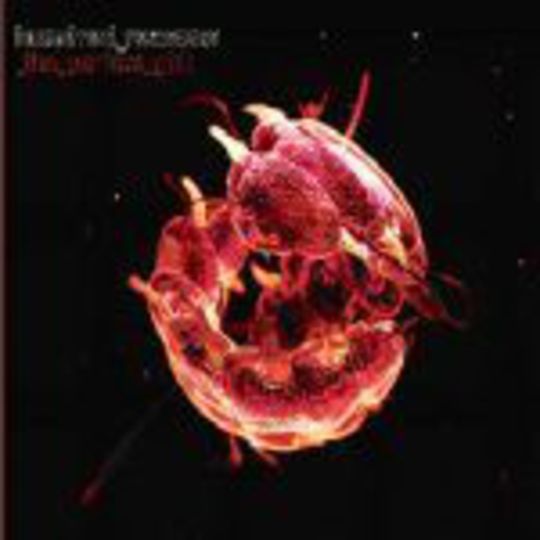 Reminiscing can be an interesting thing, a sentiment conveyed by a sense of smugness knowing that you have moved on from questionable past tastes and doings. Back in my pre-high school days I would avidly read through the interviews in Kerrang!, picking out opinions from the latest pseudo-Goth nu-metal band. Rather regrettably, I would skip past the pages that talked of the explosion of new and exciting British rock bands, one of which was Surrey-based quintet Hundred Reasons - a collective with an intent gaze on creating music so ferocious and impassioned, a band singing maudlin emotions through a post-hardcore racket – exactly the opposite to the nu-metal bands that shouted contrived lyrics behind a faux pas image.

Half a decade later and Hundred Reasons are still relentlessly churning out the post-whatever that they do so unashamedly well. ‘The Perfect Gift’ (the second single chosen to represent Kill Your Own) has a galvanic effect on daytime radio, forcing the average listener to sit up and take heed of a band with a lot to give, even if fans know it’s not their best musical moment. Like most Hundred Reasons tracks, the effervescent 4/4 time signature and frantic tempo charges along like a herd of rhinos, but vocalist Colin Doran seem rather restrained, less intent on producing frenetic alternative rock for the music scene, but more intent on claiming some well deserved air time. This is all relative though, as he would be out of his day job if the public didn’t care anymore.

The chorus soars, the guitars jump in time with the accented cymbal crashes, and an undemonstrative Colin Doran sings to exhibit the talents of a British rock band who on album, are as awake as ever. This single is like all Hundred Reasons efforts, a spirited attempt at creating dependable emotional hardcore for the radio, but on the whole it fails in representing a band whose latest album shows a terrific return to form. Forget the troubled past of the band, and think about the present – Hundred Reasons are here to stay, but don’t judge their current efforts on a predictable second single.

My Latest Novel at Leadmill, Sheffield, South Yorkshire, Tue 16 May

WRECK SEVEN at Brixton Plan B, Lambeth, Thu 25 May