The Party Sounds Of... 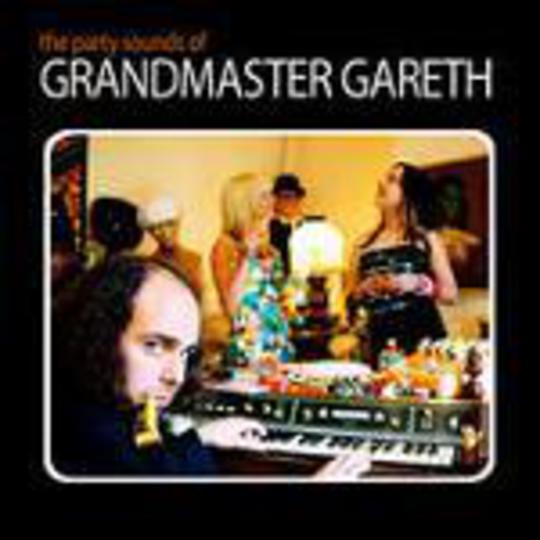 Musicians, eh? Some of them have got a bloody cheek, haven’t they? Not only do a lot of bands have the nerve to limit themselves to three, maybe two instruments – yeah, like that’s not going to become overly familiar anytime soon – but they also have the sheer audacity to unleash repetitive choruses, day-long solos and atrociously piss-poor middle eights on anyone in earshot. And then, when anyone tries to even dent the clutches of this somehow hallowed norm, they’re spat at with cries of ‘pretentious’ or ‘arty’ or ‘random’, as if such spiteful remarks would send them bruised and bewildered back into their well-knobbed mixing desks.

Fortunately there are people sent to this Earth like Grandmaster Gareth. Yes, he’s the deadpanning ringleader of the brain-spirallingly wonderful Birmingham eclecti-pop troupe Misty’s Big Adventure. Yes, John Robert Parker Ravenscroft once described him, rather accurately I feel, as “the new God”. Yes, to the fervent palpitations of my fuchsia-tinted big beat heart, he is also rumoured to have regularly added the more important touches to the music of Bentley Rhythm Ace. But fuelled by a love of Raymond Scott, Sun Ra and a wealth of FX, his second solo album The Party Sound Of Grandmaster Gareth seems to be where we get the most exclusive access to the curious psychedelic depths of the Gareth cranium. The concept is simple; following on from his first LP, with the more self-explanatory title of An Introduction to Minute Melodies, each song has to last as close to sixty seconds as creative juices will allow. Already the idea is inspired – thirty tracks in thirty minutes means no filler clogging up the tunes, just enough time to get the meatiest hooks into the listener’s conscious and leave before it feels like some sort of endurance test. But what’s more inspiring, to a degree almost too bewildering to comprehend, is how he fills each one of those minutes so spectacularly well.

To try and aptly put across the joyous eccentricity behind this record, it’s worth noting the collaborators involved, be it for reputation or moniker: Jeffrey Lewis, Brute Force, Lala Pantzeroff, Sri Erotic Volvo and something called Bom & His Magic Drumstick. That there’s also the use of walkie-talkies, plastic bottles and tin monkeys as actual instruments probably puts that point across too. But even with such quirkiness prevailing there’s something for all the family here. There’s oddness of the most delightful order, of course, with animal impersonations, quirky organ ditties and inept comic book superheroes. There’s a heavy political presence here, whether it be in the rather explicitly anti-Bush chant ‘Knucklehead’ or the sample of Bill Hicks baiting celebrities who “suck Satan’s cock” during ‘Just For The Taste Of It’. There’s also a variety unsurpassed by any other act, ranging from sci-fi narratives like ‘Grandmasters Of The Universe’ to Seventies-punk-meets-Eighties-Casio-keyboards like ‘Problem’ to freeform jazz to all-out pop and back again sideways.

Granted, such is the overwhelming vibrancy and sublime ridiculousness in these tracks that there is the tendency to think it’s a case of too much icing, not enough cake. But overall that’s what makes the brevity of it so appealing – you wouldn’t want to base your entire diet on marzipan and sprinkles but there’s enough happifying substance here to make it occasionally an unparalleled experience. What’s more, Gareth’s also tagged his 17-minute Peel session mix on the end, proving that his party sound works as well all collaged together as it does in the previous thirty-pack selection bag. All hail Gareth, and pass over the cake when you’ve finished with it please.

Skip To The End, The Futureheads, Digitalism