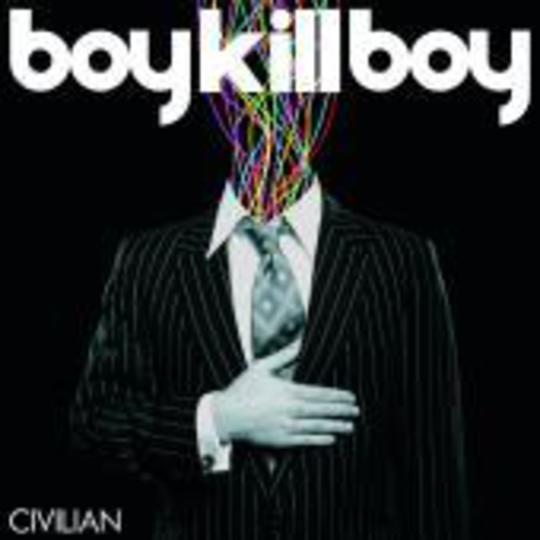 South-East London quartet Boy Kill Boy have not one, but two seemingly unenviable tasks to complete before their place in the rock’n’roll hall of fame can be established. First of all, their detractors will claim that they were signed on the back of the success of The Killers – ironically an American band themselves using predominantly British influences – and then subsequently marketed as a UK version. Secondly, sceptics who’ve bought into the band via their first three singles (‘Suzie’, ‘Civil Sin’, ‘Back Again’) and caught them live may argue that despite all of the latter being pretty hot 45s in their own right, the rest of the band’s material seems to be lagging behind in the quality stakes somewhat.

While the first point may be a little harsh and overstated, the second, unfortunately, hits the nail pretty much straight on the head. Want proof? Look no further than the fact that their current single is a re-issue of debut seven inch_ ‘Suzie’, and their next release is rumoured to be…yes, you’ve guessed it. You see, the thing is with the record industry at the minute – and probably since the halcyon days of Britpop to be perfectly honest – is that bands are not being given a realistic opportunity to develop, and before you can say _“limited edition seven inch gatefold - only 500 copies pressed”, they’re expected to have two-thirds of their debut album written, recorded and ready to go. The short-term fix that leaves many poor artists in a right fix, then.

With Civilian, Boy Kill Boy seem to have fallen (been lured?) into that trap. Plugged to death on BBC Radio and T4, support slots with everyone from The Rakes to Hard-Fi, kind words from the_ NME. Where could they possibly go wrong? Simple, release the album a good 12 months before half the songs are ready. Even more bizarrely, _‘Last Of The Great’, the b-side to last year’s debut Fierce Panda release and highlight of their live set, isn’t even included here despite it standing head and shoulders above 75 per cent of the songs on Civilian.

So what do you get for your money? Well, the three singles, obviously, while ‘On And On’ and ‘Six Minutes’ also make a firm stand for selection as possible radio-friendly releases in the future. Bearing in mind though that four of the aforementioned quintet open the album, the majority of the second half of the record makes for uninteresting listening.

If Civilian were broken down into three EPs, then it would certainly hold more appeal. As an album, though, it's like a half-pint of shandy – refreshing for five minutes or so but distinctly average, and under no circumstances would you want to let any of your friends in its company.