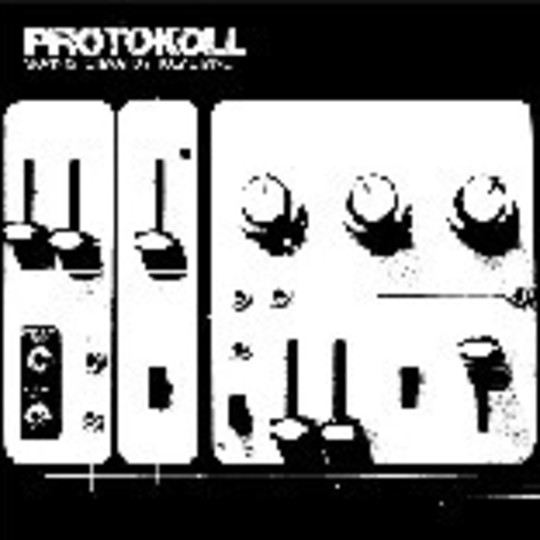 Another bunch of Yanks with a mid-eighties Cure fixation probably isn't what the doctor or indeed any of his patients would have ordered, but before you switch off, just hear me out for 60 seconds.

Because for all Protokoll's anglocentric influences, they've actually gone and made the record that The Bravery could have done if they'd concentrated more on the music than their eyeliner, while their driving synth laden rhythms and implicitly serious but mischievous vocal posturing is how Panic! At The Disco would have developed their art if only they'd despatched their Hunter S. collective works and vegemite sandwiches to the waste disposal unit.

The title 'Moving Forward' could be an antithesis in itself, bearing in mind that the chorus lifts its middle eight almost directly from 'In Between Days' and yet, the Boston four piece manage pull it off with the succinct cheek of a Tasmanian devil.

I suppose that old adage "Talent borrows, genius steals" could be applied, and while it is too early in their careers to pay Protokoll such a gratifying compliment as that, their stall is firmly set for the next stage of their development. Onwards and upwards it is then...

Comments of the Inner Chorus

The Grates at Rock City, Nottingham, Wed 31 May