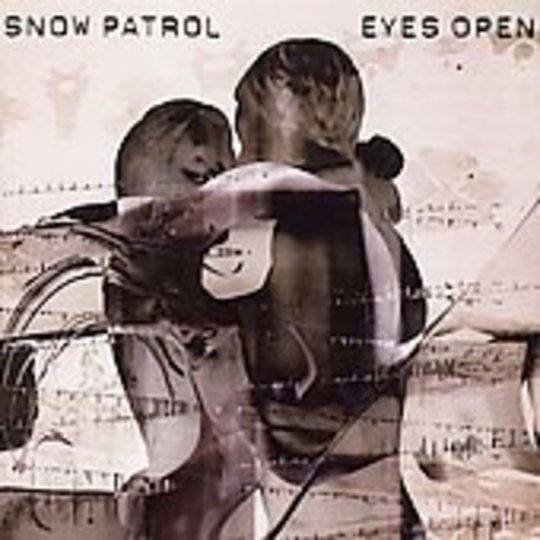 Who'd have thought that when Songs For Polar Bears came out all those years ago - an understated gem in the-then burgeoning Glasgow underground scene - its creators' fourth opus almost a decade later would be one of the most eagerly anticipated albums of 2006 by both the record buying public and tabloid media whores alike?

If the initial student dormitory project of Gary Lightbody and Mark McClelland called Snow Patrol wasn't meant to go stellar then its incumbents have failed. But of course - in Lightbody's mind at least - we all know that wasn't the case. Sadly, McClelland is no longer part of the band to see it through into the big arenas. Ousted from the band last year, I suppose all good-on-the-surface relationships have to come to an end some time. Maybe McClelland's mind was still set in indie bedsitland while his co-conspirator had visions of grandeur, sipping champers with Bono and Chris Martin. Whatever the reasons behind the fall-out, it's probably fair to say that if relationships didn't break up then there wouldn't be much else for Lightbody and co. to write about, as the majority of Eyes Open seems to go to great lengths about splitting up and getting back together and...well, you know.

Take 'Make This Go On Forever' for example, a ballad so shrouded in sentimentality it could set up its own lonely hearts column in the Telegraph. Lightbody seemingly writes an open letter to his (soon to be) ex-missus with lines like "And we should spend some time apart, for both our sakes" and ten thousand housewives up and down the country will no doubt put down the latest Mills & Boon paperback and shed a tear or two with him. 'Starfighter Pilot' this ain't then, but don't let that put you off. No really, Eyes Open isn't a bad record.

If anything, Snow Patrol have taken the blueprint from their multi-platinum selling Final Straw record that one step further. An organic process perhaps, or maybe a calculated move, as their detractors upon hearing lead single 'You're All I Have' will have been quick to point out. The thing is though, even back in the day when they were sharing record labels and plimsoles with members Belle And Sebastian, they never professed to being anything more than competent songwriters. Certainly not genre redefining rule breakers at any rate, so why anyone would expect them to go that way now is beyond belief, to be honest.

It's perhaps the departure of McClelland that has caused the most dramatic change in the shape and feel of the record, not least by way of the fact Lightbody effectively recruited two new members to replace him. Musically, there is a more polished feel to Eyes Open than on any of their previous long players, which suggests that the royalty cheques from Final Straw were put to better use than enjoying a maximum rock'n'roll lifestyle. Certainly, employing Jacknife Lee to produce the record may have been a masterstroke, as despite the high number of big ballads on this record, the addition of several twiddly bits and drum loops in many of the right places helps reduce the schmaltz level by at least 50 percent.

The likes of 'Hands Open' and 'It's Beginning To Get To Me' are the most obvious follow-up singles, both of which seem to want to rock out and sulk in self pity in equal measures, while the duet with Martha Wainwright, 'Set The Fire To The Third Bar', is reminiscent of Magnet and Gemma Hayes' Dylan cover 'Lay Lady Lay' in outlook, owing to Wainwright's dulcet tones, although lines like "The laughter penetrates my silence as drunken men find flaws in science" create bleary visions of Shane'n'Kirsty too.

Overall, Eyes Open is the album that Snow Patrol were always going to make in the wake of their unexpected success. To sum them up in one word, "reliable" would be the most appropriate. Now has anyone seen the keys to my gaffer's Mondeo..?

A Life In Bandages