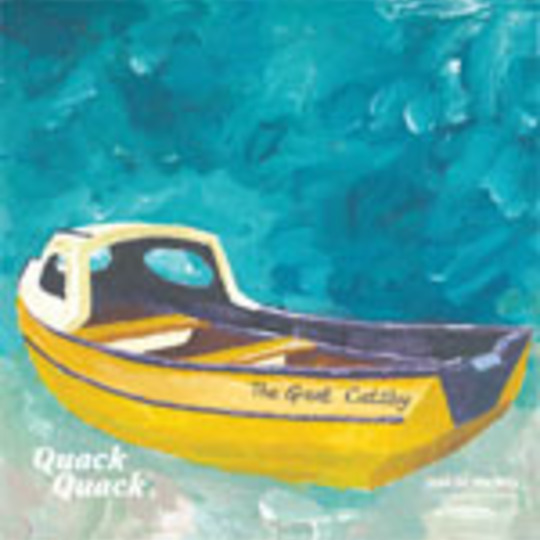 2006 is fast becoming the year of the ridiculous name: when a band called Arctic Monkeys can achieve breakthrough success to the point where its members’ pimpled faces appear on the cover of magazines not wholly centred on music, then you know the quids are in. See also: Panic! At The Disco, The Pitchfork-approved I Love You But I’ve Chosen Darkness, and Leeds-based trio Quack Quack. Only a couple of weeks ago I played a song from their debut five-track EP during a DJ set, prompting an attendee to question me as to their name. When I replied, his face was masked with disbelief. “Quack Quack? That’s just, well, stupid…”

Although their name will, perhaps, have the newcomer assuming that the trio will be an entirely trivial, quasi-comedy affair – talented, obviously, as their heritage suggests (their drummer has manned the kit for Bilge Pump and Polaris), but ultimately an in-joke that only the most indier-than-thou of musos will find appealing – Quack Quack actually craft some very serious(ly accomplished) music. Their compositional skills are finely tuned, and although these two songs are instrumentals, there’s action enough within their durations to have every toe a’tappin’.

Cutesy in tone, thanks entirely to the Turkish keys that render both drums and bass background distractions, ‘The Great Catsby’ bobbles about quite delightfully, shifting through ideas like items at a supermarket checkout and melting from slivers of silvery tinsel into sumptuous pools of amber and gold. ‘Mars’ has a menace to it that’s missing from its flipside, those keys meandering across rigid drum beats in hypnotic fashion: a cobra swaying in its pot, an assailant juggling a blade from hand to hand before striking. Both songs offer the critic a handful of comparisons, but to make them in print would only raise expectation levels. The best course of action here is to merely state, factually, that these are quality songs, and that they’ll sit easily on the palette of any post-rock or jazz fan.

But yeah, the name’s utterly stupid.