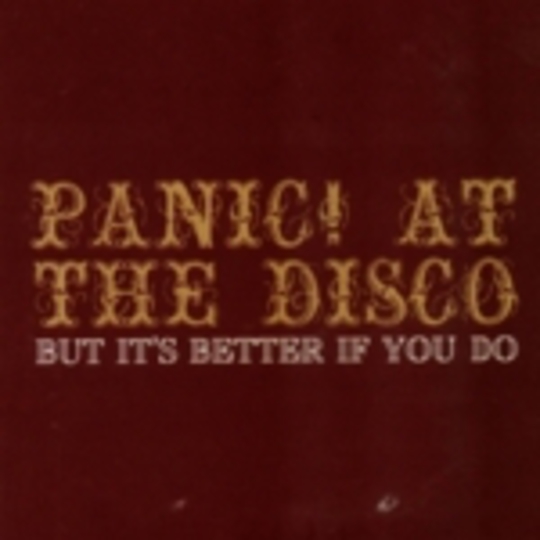 If I dislike 'But It's Better If You Do', how will I ever be able to meet the gaze of emo kids ever again, as their mournful faces peer at me from Myspace video blogs? Should I spare their fragile feelings and forget to mention how this is not a patch on previous effort 'I Write Sins Not Tragedies', despite it not being that different? Everything is present, from the upbeat, frayed vocal line and the punchy arrangement, to the colloquial lyricism courtesy of vocalist Brendon Urie, but just as it threatens to unleash a chorus capable of puncturing lead with its frustrated anger, it falters into a skip beat at the critical moment - bouncy, pop-punky and ultimately disappointing.

However, I can’t totally scythe down the efforts of Panic! At the Disco, despite my general loathing for semi-castrato vocals. Urie may slur his words like every other nu-emo idiot, but the band behind Urie occasionally show flair with stop-start timing and pop songwriting - should they ever move away from overly-emotive vocals to something with a little more conviction, they could become something better than the next My Chemical Romance.

Despite my ultimate hatred for this single I find myself singing it every five minutes, which surely signals it’s not all bad even if I do feel one step closer to a breakdown.