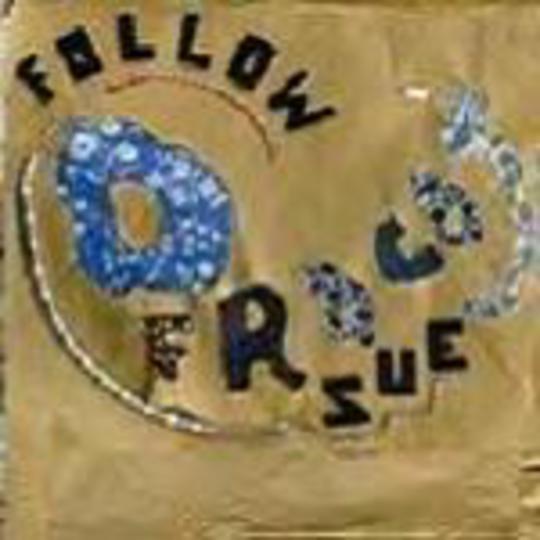 O Fracas, you see, are possessed a kind of cumulative weirdness. On first listen you’re so swept up in the frantic beat and urgency of their scritchy punk racket that you don’t quite notice how damn odd it is… and then on every subsequent listen the ear picks up on more and more wrong notes and you gradually realise exactly how offbeat and surreal the noise is. Feedback; the kind of tautly speedy drumming which makes you suspect that the drummer has at least four arms; howling, empty breakdowns; a scratchy, hyperactive energy which sounds like the music is straining to break off the CD and burn over the horizon… all these factors combine to give O Fracas a haunting, slightly disconcerting edge which calls the listener back over and over again. They’re highly dramatic, but it’s a Mulholland Drive kind of drama: flickering, confusing, surreal and lingering in the mind. It’s mutated scratch-punk terrorism to sate the willingly bemused and the artistically hungry and is well, well worth checking out.