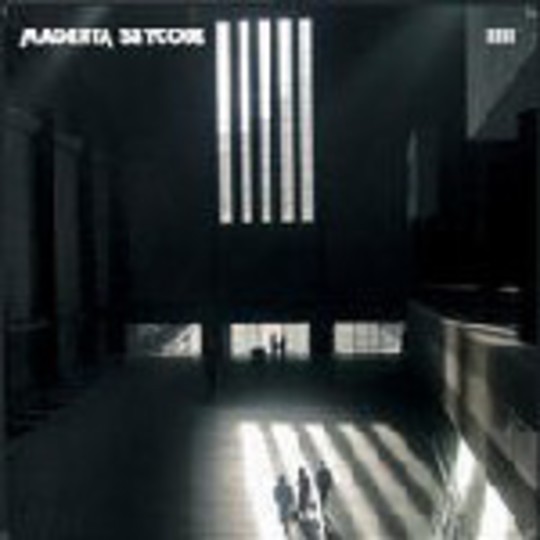 Maybe it's something to do with the climate. There's a peculiar, light-drenched mood that defines a lot of Scandinavian music - maybe, given their limited and erratic exposure to the sun, music fans dwelling on top of the Earth absorb as much of it as they can, and spew it all out again in lustrous, reflective music that shivers with life. Finnish newcomers Magenta Skycode certainly fit this theory.

Going by IIIII's monochrome, Bauhaus-esque cover art, photographically structured around the titular parallel lines - are they an encrypted message, mysteriously embedded in the Tate Modern's striking windows, or merely upturned musical staves? - one might expect ten tracks of sober, synth-stern retro-futurism. Letting it unfold, in fact, is like opening a small black box and being blinded by the contents.

The quintet's influences nestle happily throughout IIIII, but they're lit with a piercing, golden quality that reshapes them. M83's filmic grandeur springs to mind, likewise Stellastarr at their most heartpoppingly complete.

'Compassion' throbs seductively like 'Crystal'-era New Order, at its centre a double helix of questioning chimes and come-hither voices stretching upwards, while 'People' marches The Cure's most affectionate moments back into view. There are sombre touches - 'This Empty Crow' takes its cue from Interpol but Magenta Skycode encase it in a shimmering, sunlit veneer of twinkling notes and expansive, lush strings that ward off Interpol's chilly pallor.

Records that cheerfully prompt the spot-the-influence game are, almost unavoidably, somewhat wearing; little surprise they rarely last the distance. IIIII, however, is elegantly crafted; it's impossible to ignore the band's ever-present homages to their predecessors, but they generally don't intrude on the prettiness of the songs here present.

Inevitably for a record whose very guitars seem to be made of marzipan, too-frequent listening will no doubt leave the listener with toothache. Careful exposure will, however, reveal a debut marked out by subtle, warm songwriting and hopeful spirit. Allow IIIII to soundtrack startling, bright Sunday mornings and quiet moments of tenderness, and it could become a surprise favourite.