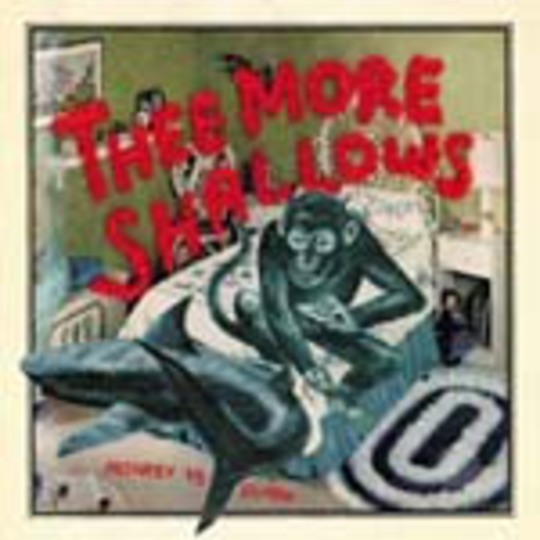 There’s something familiar here, in the echo that emerges, screaming, from beneath the wonderful wash of sound crafted by San Francisco’s The More Shallows. Vocalist Dee Kesler deadpans over music so graceful, so simply wonderful, that summarising it in a few words of critical commendation is to sell it woefully short, but there is something unnervingly recognisable about ‘Monkey Vs Shark’, lead track of this five-song EP; something that brings to mind all things epic, grand horizons and endless skies, immeasurable oceans and bottomless wells. Everything is pitched perfectly to touch the listener in a way they feel so rarely: instant emotional resonance, a connection beyond mere speaker-ear interface.

But that haunting tone, that oddly heard-it-before holler from depths not even Thee More Shallows dare regularly mine: it swims about the piece like a dweller in the depths, a being whose intentions aren’t known. Hospitable? Hostile? Honourable? Horrendous? It’ll emerge and smile sweetly before burying a blade; it’ll bear teeth but kiss soft and long, warm and wet. This is the drama that underpins Thee More Shallows at their best: a conflict that never fully resolves itself, leaving the listener electric with fight-or-flee reactions about ready to engage.

Of the additional four songs, one is an interlude and another, ‘I Can’t Get Next To You’, a cover. Original effort ‘Dutch Slaver’ makes for a neat flipside to ‘Monkey Vs Shark’, all computer pulses and digital hums where its opposite number employed gentle strokes of organic instrumentation. Well, sort of: it’s not actually a digitised number birthed by a hard drive alone, but more in keeping with the biomechanical output of Homogenic-era Björk, particularly the crackle and fizz of ‘All Is Full Of Love’. Though the two are very different tonally, their cores are remarkably similar. The package is rounded off by a remix, ‘Freshman’, manipulated so slightly by Odd Nosdam and Why?. It alters the original little, but still comprises a stirring finale to a much-recommended release.