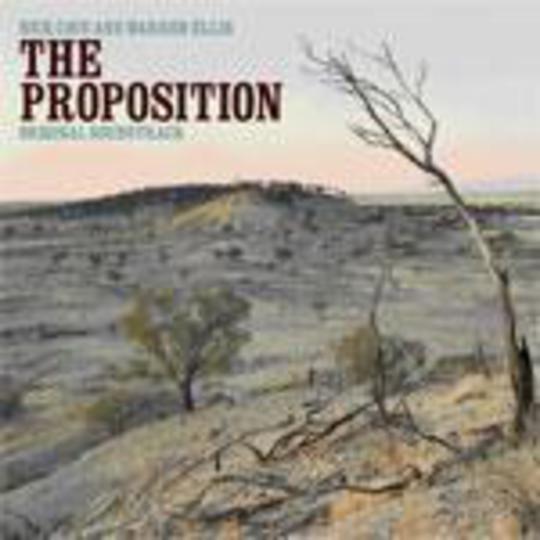 It's an odd thing, releasing film soundtracks on CD. I mean real soundtracks - there's nothing odd about releasing compilations of shit songs by cool bands with a loose connection to American Pie. But this is background music, composed to accompany specific moving images and dialogue, and since I haven't seen the film, I can't help but feel I'm missing something.

Nevertheless, released it has been. And, to Cave's and Ellis's credit, it works okay as a standalone piece; an abstract and vague narrative, driven by the occasional lyrical compositions and repeated themes. The film's a western set in Australia, Warren Ellis is a violinist, and Nick Cave is Nick Cave - that should give you an inkling of what this sounds like. Short violin- and piano-based mood pieces are the order of the day, with two meandering fragments, 'The Proposition' and 'The Rider' recurring throughout, the latter appearing in full song form at the end to wind things down on an optimistic note. (I'm told this provides a nice counterpoint to the ending of the film, but don't quote me on that.)

The actual songs are a far cry from Cave's usual alt. Leonard Cohen style. Melodies are simple, arrangements are sparse and vocals, where they appear, are falsetto whispers. They're pretty enough in and of themselves, but by being somewhat substantial they necessarily overshadow the instrumental tracks. The overall effect is of listening to half an album, albeit quite a long one with some atmopsheric bits. As such, it's an unfulfilling thing to concentrate on for forty-five minutes of your evening. But it makes fairly decent background music - which, really, is all it was ever meant to be.