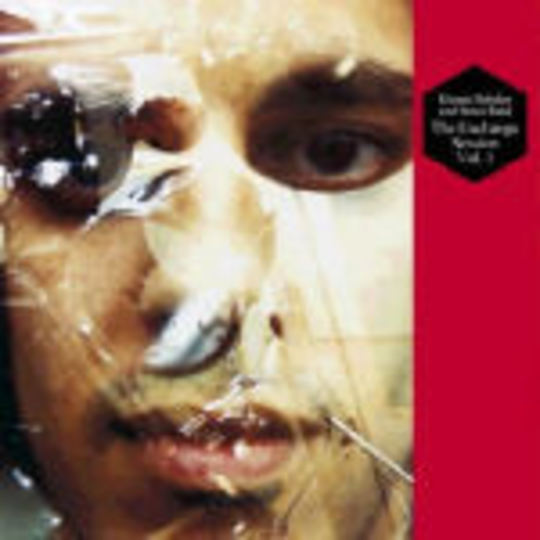 Steve Reid is sixty-four now and, quite frankly, his list of previous collaborators is intimidating to say the least; he’s worked with Fats Domino, Miles Davis and as part of the Sun Ra Arkestra. Keiran Hebden’s previous work with him left a somewhat strange taste in the mouth, his stabs of jarring noise sounding oddly out of place on last year’s Steve Reid Ensemble release Spirit Walk.

Three minutes and thirty seconds into opener Morning Prayer, a single, held, pulsing synth flute note is soaring high above an Arabian desert holding an almighty scrap between squeaky glitches and frenzied jazz drumming. Five minutes and fourteen seconds in and the synth flute swoops and dies in a screaming fit. A minute later and the duel is over, tinkles and kick drum being all that remain.

The possibilities here are obviously huge - potentially a monumental tussle between two grandmasters of their individual trades. However, actual interaction between musicians is minimal at best, the free jazz reigns hanging slack. As such, the rest of this album is a bit like a sixth form science project: Reid’s the goody-goody teacher’s pet who works tirelessly to get a good grade whereas Hebden’s contribution marks him out as a lazy, spoiled brat. It’s bewildering to consider that, with modern music-creating software, he could contribute any amount of tonal colours and layers with his laptop, but instead decides to put his feet up and input as little as physically possible.

The resulting ambience is comforting, but not nearly fulfilling. The formula established in track one is repeated in the combined half hour of the other two tracks here to less devastating effect. One wonders whether this was less a project in pushing musical boundaries and more a PR project designed to compose a ‘crossover’ album of sorts. If this objective is achieved then time hasn’t been totally wasted; if not, the return leg scheduled for later on in the year has a lot of work to do in proving this latest chapter in the history of music to be of any worth.