This War Will Last Forever 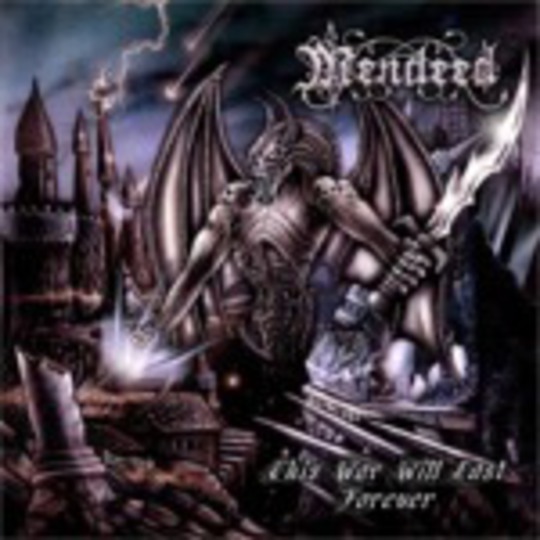 It often riles me that the UK heavy rock scene depends so heavily on foreign, and especially American talent. Maybe the grass sometimes is greener with fresh new bands such as Trivium and Avenged Sevenfold bringing a spectacular fluency to our shores but as we have seen with Bullet For My Valentine recently, we can at least match them in those stakes. Now, onto the next young, British quintet who will play you Heavy Metal of a fine, fine quality. This is Mendeed.

Mendeed build their sound around a ferocious core of frantic, thrash metal. The Scots mark themselves out from the rest of the recent pack of hardcore-vocal metal acts with an almost excessive sense of aptitude and hints at a trademark in the Highland-oriented, bagpipe-led album opener, ‘All That We Have Become’. These chaps quite happily fall into the rediscovered category of classic or old-school metal and it is a welcome return.

Probably aimed as a backlash to the baggy-trousered, dreadlocked nu-metal scene of last decade, the metal scene of today appears to have a deep appreciation of real music played properly. *Mendeed *exemplify this thinking in precise duelling riffs played over that vicious and well-worn soundtrack of rapid machine-gun drumming and cathartic, spat-out vocals, typified by the gut-storming standout tracks, ‘Remains Of The Day’, ‘Beneath A Burning Sky’ and ‘Chapel Perilous’. It’s the occasional but tuneful guitar breakdowns that actually leave you a bit of breathing space – it is during these that you are afforded a brief respite from this multi-layered and thoroughly exhausting rollercoaster of a record. You’re going to need to brace yourselves during the rest.

The meticulousness in the instrumentation of their debut record has no doubt come from playing over 200 shows since they signed to fledgling metal label, Rising Records. Despite not having found the recognition they deserve as of yet, *Mendeed *will be turning heads on the forthcoming nationwide tour opening up for Trivium. This is exactly the kind of band that we should be supporting: young, British and talented playing the right music in the right places. Their time is now.