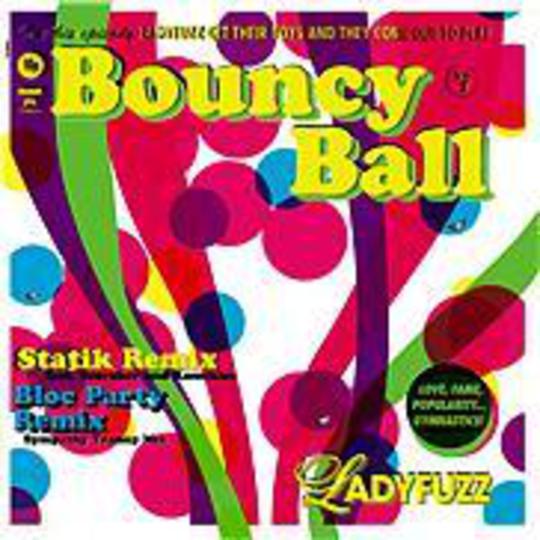 Ladyfuzz seem to have been around and on the precipice of fame for ages now when in actual fact, 'Bouncy Ball' is only their fourth single release to date.

'Bouncy Ball' is the logical follow-on from last year's 'Monster' in that if the former sounded like a PJ Harvey outtake from 1992, this has moved onto the more elegant school of Britpop as displayed by Elastica many years ago.

Not that it would be fair to call this complete plagiarism, as Liz Neumayr's vocal is viciously distinctive amongst any of her peers both past and present and occasionally displays a nerve shredding brittleness that sends shivers through what's left of one's spinal chord.

Although highly unlikely to break them out of the indie ghetto for now, 'Bouncy Ball' is pleasant all the same and hardly likely to induce bouts of relentless boredom even after umpteen listens.

The Boy Least Likely To at The Joiners, Southampton, Sat 18 Feb