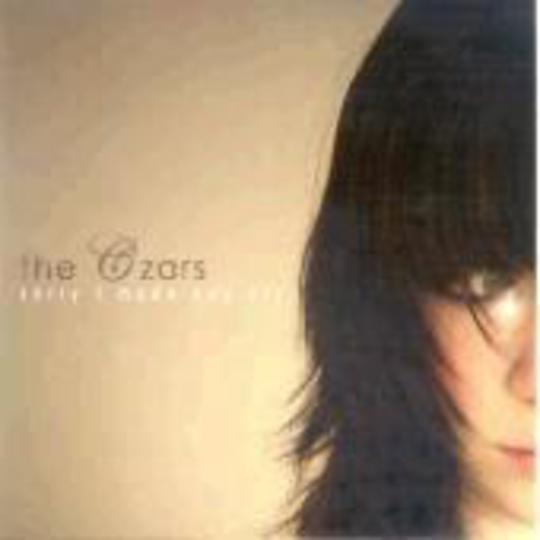 Those critics that have savaged The Czars’s collection of cover versions – culled from across their ten-year career – have missed the point entirely; those that have bemoaned its exposed heart, misinterpreting these sombre reworkings of ABBA et al as drippy, or in some way insincere by their dourness, are writers without the ability to hear beyond the immediate. This isn’t a release that stands alone, a fresh product demanding attention from all and sundry. Far from it: it is simply a compilation of rarities and b-sides assembled for existing fans alone. To slate it for being unoriginal, an idea given its umpteenth airing so soon after Tortoise and Will Oldham’s similarly panned collaboration, is ridiculous.

What The Czars have produced is a mixed bag of true-to-the-original versions and quite strikingly understated takes on well-known songs by established acts. For example, their take on the aforementioned Swedes’ ‘Angel Eyes’ is gloriously sparse, scattered silences its most affecting quality. John Grant’s slowly sighed paean to a uniquely alluring loved one, ‘My Funny Valentine’, is perhaps the most romantically wondrous cover these ears have experienced in many, many a February 14th. When Grant holds the word “stay” for what seems like an eternity – eighteen ‘a’s if you were to transcribe it, at least – the heart actually lurches slightly in its ribbed enclosure, unsteadied by such grace.

Much has already been said of the version of Tim Buckley’s ‘Song To The Siren’ already – Sorry I Made You Cry’s parting shot was originally released on a Buckley tribute album back at the turn of the millennium – and every appropriate adjective already inked onto pages across the globe, ‘heartbreaking’ being the most commonly employed, is absolutely accurate. It edges us woozily home with a tear staining our cheek and a lump the size of Gibraltar’s Rock protruding from a neck freckled with goosebumps. Really, that’s about as perfect an end to a record as anyone could ever hope to commit to tape.

So savage away fellow scribes, do, but tearing holes in a record so already fragile and delicate is only as worthwhile as punching your way through a wall of supermarket value-brand tissue paper – so easy that any sense of achievement is more fleeting than an English summer’s dry spell and as hollow as the Easter Eggs that line the same store’s shelves as early as January 1st.

Strange We Should Meet Here