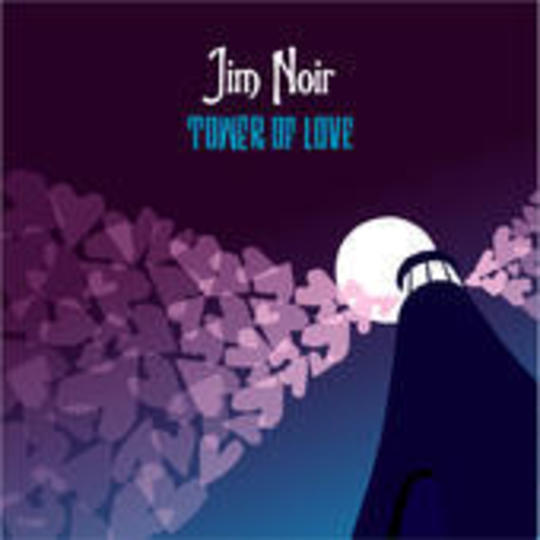 "The word love just isn't enough, the only time I use it I just wish that I could lose it" speaks an impoverished Jim Noir over a casual, meandering shuffle that The Beta Band would have been proud of and 'Tower Of Love' - the album - reaches it's defining moment. That is not to say, of course, that there isn't already a catalogue of highs big enough to outswell the Argos Christmas Edition as a shrine to temptation and immediate devourment.

Possibly Manchester's best kept secret for the past couple of years now, Jim Noir has been writing, developing and recording music in his bedroom since the age of nine, and now 14 years later, 'Tower Of Love' is the first high profile release of the fruits of his endeavours.

Although not strictly an album in that it wasn't created for the purpose of such - 'Tower Of Love' actually pulls together the best of his first three hard-to-find-anywhere-except-Ebay limited edition EPs plus the odd couple of new songs thrown in for good measure - but it still wipes the floor with most other albums of a similar genre released this, or indeed any other year in the last ten.

With influences ranging from the already mentioned Beta Band ('A Quiet Man', 'My Patch' and the chirpy lo-fi of 'Turn Your Frown Into A Smile') to the first British pop explosion of the mid 1960s - 'Turbulent Weather' could almost be 21st Century rewrite of The Small Faces' 'Itchycoo Park' with added Casio interludes - Noir is clearly a man who isn't prepared to just sit on his laurels and go with whatever flow fashion dictates this week.

Lyrically, he is at his most enigmatic when in a playful mood, such as on the backstreet groove of 'Eanie Meany' where Noir serves the warning "If you don't give my football back I'm gonna get my dad on you". Likewise the dangerously addictive 'Computer Song', with it's "Every time I try to make a silly little song, my efforts are all wasted 'cos machinery goes wrong" refrain stamping it's indelible print all over one's braincells with the incision of an aural franking machine.

It's on one of the newer compositions though, the surreal 'The Only Way', where Noir really comes into his own. Rather than follow the path to self-righteousness by fellow singer/songwriters Blunt, Rice and Gray, he manages to re-align the genre from it's anodyne abcess, coming on all Harry Nilsson after a digital re-mastering for the grand finale.

As a starting point for Jim Noir, 'Tower Of Love' is a tasty entree that merely whets the appetite for the first album proper.