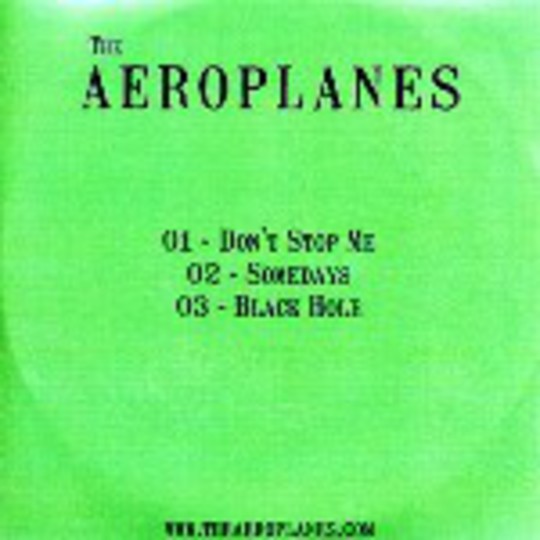 God knows what they put in the Mersey estuaries but since rock and roll first put on its blue suede shoes and crossed over from the Atlantic, those Scousers have been dab hands at conjuring up a half-decent tune or two.

The Aeroplanes are no exception to the rule, 'Don't Stop Me' furrowing a similar trail to that of The Zutons in jerky, jaunty pop, sounding like an insatiably post-modern Strokes if they'd rehearsed at the Cavern rather than CBGBs.

Overall, 'Don't Stop Me' is like a jingly-jangly freight train carrying only the finest batch of lead, Chris Kearney's phlegm ravaged vocal carrying it way above the line marked 'AVERAGE'. The b-sides, though, hint at where The Aeroplanes' real strength and possible future direction lies, as the wistful 'Somedays' and even more mournful 'Black Hole' take disparate balladry to new heights.