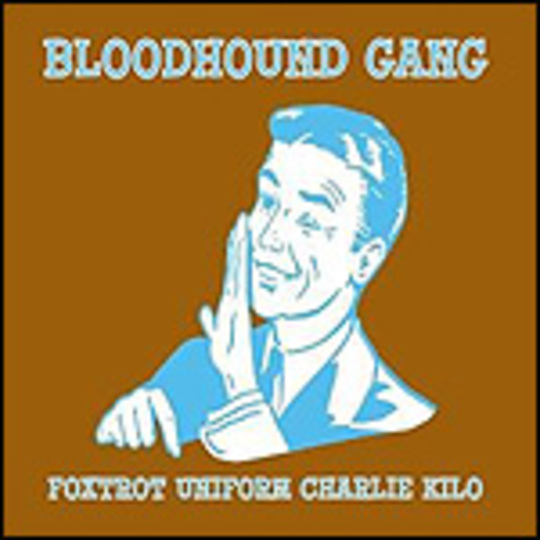 The quality of the Bloodhound Gang's single discs has been distinctly hit-and-miss. For every guilty pleasure they’ve rolled out like 'Fire Water Burn', they’ve banged out a distinctly forgettable chuck-away track like 'The Ballad Of Chasey Lane'. Unfortunately, 'Foxtrot Uniform Charlie Kilo' (oh, my aching sides) falls into the latter category – with a resounding thud – and then continues falling.

Over a jaunty little riff, Jimmy Pop Ali rattles off a number of rather creative, if highly disgusting euphemisms for sticking the you-know-what you know where, and then drones the title of the track over power chords with a level of enthusiasm that sounds like he'd rather be in a coma than fronting a rock band.

It’s not just that this single is purile enough to make Jackass look like high art by comparison (I can take that), it’s that it's boring – skull crushingly, mind numbingly boring, and quite frankly that's a quality I never thought I’d associate with the Bloodhound Gang. It's almost as though they’ve become as fed up with their schtick as their detractors. There's nothing in this single to hang on to. No solo. No wicky wicky whacks. No pop culture references. No wit. No humour. Just a band sounding bored, tired and about as enthused to be here as they would be filing their year-end tax returns.

If you never liked this lot, 'Foxtrot Uniform Charlie Kilo' (I’m wetting myself, really) is Exhibit A in your case against them, as it's just about as watertight an indictment as you can get. If you're a fan, you’ll know they’re capable of far better than this, and you'll join me in hoping that this single, like 'The Ballad Of Chasey Lane', is a misfire rather than representative of what's to come on their next full-length.