I Believe In The Way You Move 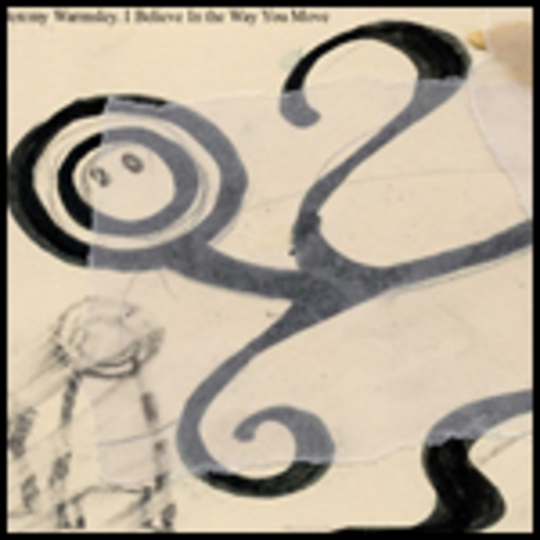 Already Jeremy Warmsley's solo gigs have marked him out as an unusual talent, his persistent exploration of different sounds separating him from conventional troubadours as he replaces the hackneyed acoustic guitar with a well-used Fender and tactically deployed delay loops.

His debut single is very much at odds with the live performance, which bounces between the solo spots coloured only by his guitar, and the motley crew of backing band The LMNOPs. It's very much a solo effort, recorded entirely on his computer, and smacks of gleeful cut-and-paste ethics, decrying the spartan aesthetics that most who've seen him live will have witnessed. In the ranks of the debut it's a rarity - mature and devoid of any affectations of fey vulnerability, while mercifully unpolluted by the bleak fog of AOR blandness that hovers about today's crop of singer-songwriters. Lines like the potentially saccharine title line are tempered by arch quips: "You get the privilege of being with me" - idiosyncratic, witty and proud of it.

The melody could, at its most basic level, nestle easily in the score of a vintage musical. In fact it's played out through the telephonic remoteness of his voice, and peppered with synth drums that follow their own narrative, cheerfully oblivious to the direction of the vocal melody. Playskool quirks, tubas parping away in the background, untidy female vox chiming in and out at will; the whole thing is an inspired concoction of ideas that sometimes works, sometimes doesn't, but never settles long enough in one place to vegetate. It's a restless attitude that has caught the beady eye of talent-spotting upstarts Transgressive (who are set to release an EP by Warmsley in October), and one that should garner more attention for Jeremy before the year's out.