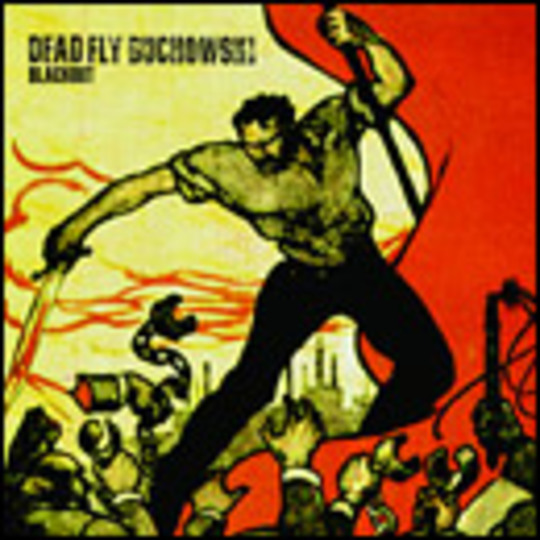 It’s all very hard at the moment to pick the trees out from the forest, isn’t it? As it’s the turn of a new year, we find ourselves submerged beneath every taste-maker’s tips for what’s going to be big this year, and it’s a little confusing. We know that not everyone who’s on the list will be invited to the end of year party, so where to begin?

*Dead Fly Buchowski *are one such band; tipped by many to make an impact at the half-decade point, the Scottish noiseniks make their recorded debut in hairy fashion. ‘Blackout’ is all overloaded guitars and bass and guttural vocals, and initially it fails to sit easy on the palate. Give it time to gestate however, and you’ve got a heady concoction of overdriven shouty pleasure. For sure, it doesn’t match their potent live attack, but it’s early days. Interestingly, flipside ‘Hope Is Treasure’ is much more melodic; maybe the furiousness inside them doesn’t want to be tarred with that brush too soon, eh?

Perhaps not a shoo-in for the 2005 Chrimbo back slap fest, but they should at the very least get a table at the back of the room. There is, however, more than enough time to push themselves to the front of the queue.