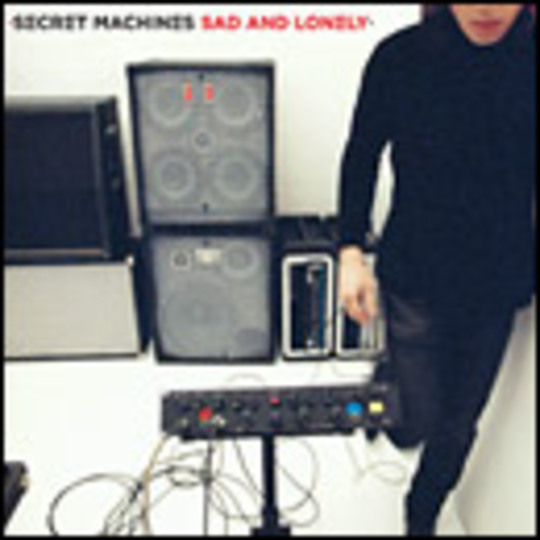 Discovering the psychedelic spaceship proto-prog of the Secret Machines has been one of 2004’s true musical delights, and their second single ‘Sad and Lonely’ arrives appropriately in time for the holiday season. ‘Did you get your heartache and your headrush confused?’ asks singer Ben Curtis as the oncoming fuzziness and Rush-inspired drumming begins to flood through the speakers. Of course, these medical problems happen every year, since Christmas pudding always produces nasty indigestion, leading to the seasonal intake of Rennie. And whose head doesn’t feel lighter after a few glasses of Bucks Fizz?

‘It feels like those around want you to die,’ is a sentiment from the Machines we all agree with on Christmas Day, as loved ones reluctantly play happy families (especially if your drunken auntie begins ranting about overcooked turkey after too many sherries, then turns on you for having the ‘nerve’ to talk during Her Maj’s warblings). Of course, I could be reading far too much into the lyrical content of this song, but probably not. The tune’s ace, creating a woozy yet pleasant feeling, similar to when you stand up too quickly after a post-dinner nap and see stars, forcing you to sit down immediately. Then, after falling asleep again, you wake up three hours later, and it slowly dawns on you that you’re lying face down in a mixture of Bucks Fizz and sultanas. Plus, everyone’s already toddled off to bed. Now that’s sad and lonely.