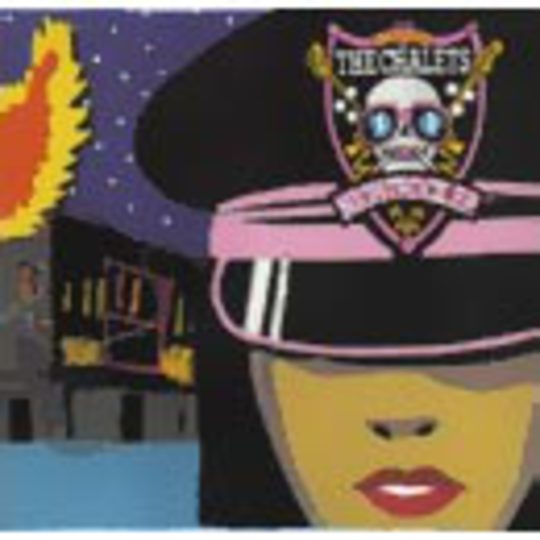 Fancy that - five out of five, from me, for a band that I've pigeonholed as pop.

I know, I should be flogged - taken into the street and lashed by an old man's belt buckle until my ears fall off. But I just can't help myself. This is the forbidden fruit, the pot o' gold at the rainbow's end - fantastic pop music.

The Chalets' formula is a simple one: two girls, three guys, pop music that chimes and rattles with lyrics about snogging in trees and chasing boys/girls through the night til they're yours. That'll be 'Kiss Chasing' and 'Nightrocker' respectively. I know, it sounds like the type of shit they'd show on Channel 5's The Chart to force you into turning over to the racing (take your pick: Channel 4 or BBC 2), but it's not shit at all. It's ace. With bells on. The songs are so, so_ sweet at face value, but each harbours a dark side. This is never more evident than on closer _'David Boring' - slow it down and you've the greatest post-rock record never made. Add the fact that the band are clearly having a ball recording these songs, and you've a package to die for. This is perfect pop. End of.

The Sun Makes Me Move