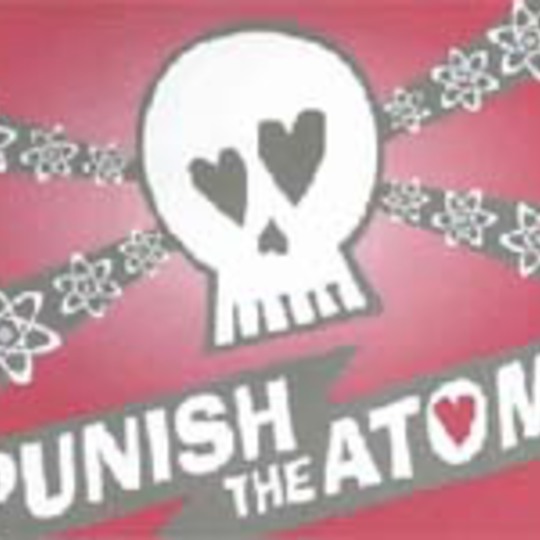 Sometimes a rest is as good as a change.

And then there's those precious moments when both compliment each other to an almost matrimonial status.

Take post-punk quartet Punish The Atom for example. Having been quiet since last year's 'Let's Do The Don't Care..' sprinted the E Smith mile along Bridlesmith Gate, their charismatic two fingered salute to what's classed as being fashionable has come up trumps again.

Whilst it's still cool to namecheck certain afficionados from the 1980s as though their every utterance and droplet of oversmeared eye shadow depended on it, Punish The Atom have obviously been raiding their uncle Graham's back-of-the-wardrobe stash of Adam Ant, Spandau Ballet and Spear Of Destiny 45s as 'Filthy Boy' oozes a panache that could have only been fused together by messrs Goddard, Hadley and Brandon.

Instead though, 'Filthy Boy' owes as much of its sound to Richard Warren's (aka Echoboy) smarter than a gold lame encrusted backside production. Taking the Atom's 95 miles per hour and rising live effect and turning it into a bombastic radio friendly that mixes funked up bass licks (think Radio 4 covering Killing Joke's 'Psyche') and a groove that's almost baggier than The Farm's 'Stepping Stone' is pure genius. But then when Atom mainman Joey Bell screams "I feel like my life is switched on..." (or "I feel like my life is dot com..." which it sounds like first thing in the morning) it soon becomes patently obvious who the real master at work here is.