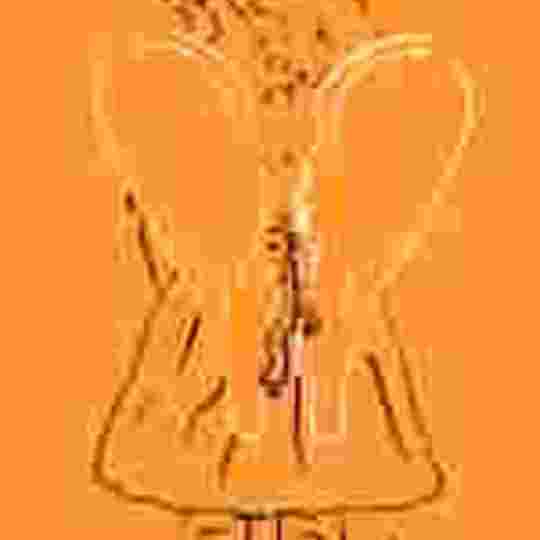 England it would seem, is finally sick and tired of NYCya pissing in the face of its musical heritage and is finally fighting back. Enter Filthy Little Angels' split seven inch featuring north London's finest, The Boyfriends and Sheffield glamsters, The Long Blondes.

And from the opening rumble of drums on side A, The Boyfriends are a checklist of greatness. Moody, reserved driving basslines fill out 'No Tomorrow' - a rather dour driving nod to Joy Division via The Smiths, introducing the very Moz-ridden dulcet tones of one Martin Wallace. Naturally the influences hang righteously off them like Brett's dress circa 1992 in Brixton, but when the anthems come in such ball-breaking form as 'I Love You' they could don a Bush mask and dance like Bez for all we care. It's wry, high, disaffected romanticism bladdered in sleeze and feedback. Remember the buzz you got listening to Elastica's 'Connection' or Pulp's 'Lipgloss'? Well they got that bottled here. With bits in. *Andrew Future *

The Long Blondes confidently swagger their way through spiky, needle-filled pop of a quality quite deserving of such showy bravado. 'Autonomy Boy' seeps darkness and reluctant desire from beneath scratchy guitars and feedback. A good trick indeed, especially when done with this much style. The stiletto timing of its scratchy guitars feels like an attack on the ears, and the whole thing is loaded with slow anger. Next track 'Long Blonde' is a contrast indeed: a sparky rather than sultry ramshackle high speed number. Frantic instruments ricochet off each other while the vocals continue that confident saunter over the top of it all. Autonomy Boy declares a love for a man in uniform: surely a band already so dashing have no need for extra audacity? *Holl(i)y Davies *