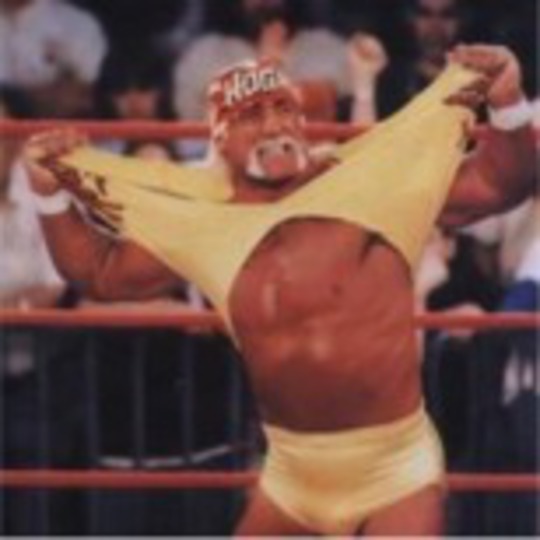 Back in the days of the early nineties when wrestling wasn’t FAKE and muscle-bound heroes were REAL, an ageing, be-mulleted-yet-bald American HERO stormed to the ring backed by a heckle-raising theme tune. It told us:

Hell Is For Heroes** are Hulk Hogan. They rip yellow vests of ROCK from their oiled, muscled chests. They don’t know when to quit. Every entrance is a spectacle. Every exit is a teary salute to the BASTIONS of what is RIGHT.

HIFH took on EMI at Wrestlemania XXVIII in a RIFF RETIREMENT MATCH. There was only one winner. And it was downloadable from www.captainsof.com.

There were no chairs involved. But Hundred Reasons did hide beneath the ring to double team Sony, who’d run out of the dressing room to STOP HIFH. They failed. JUSTICE was served.