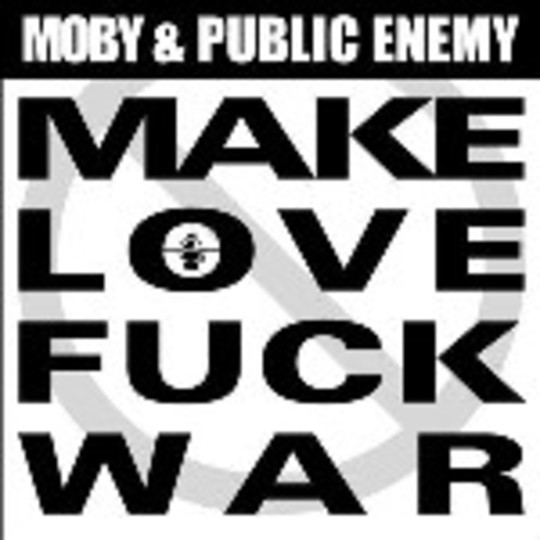 War. What Is It Good For? Absolutely nothing.

Musical collaborations. What are they good for? Well, with the possible exception of Marc Almond* and Gene Pitney*, not a lot.

And sadly, 'MKLVFKWR', despite the sentiment behind the song, does little to change the general consensus that both Moby and Public Enemy should've been more concerned with promoting their untouchable back catalogues rather than getting together to record this txtspk ttld monstrosity.

Chuck D's once laconic lecturing that made 'Don't Believe The Hype' and 'She Watch Channel Zero' sound like the 11th and 12th commandments is dated, and his "Power to the people cos the people want peace" refrain is more Victor Meldrew* than Che Guevara*.

On the other hand, if Moby's name wasn't mentioned on the cover you wouldn't know he was here, as there's no evidence of any signature tune - or any other tune for that matter - to speak of.

'MKLVFKWR' is not the way to remember two iconic names in their own field. Instead it sounds like there's a midlife crisis going on and the best place for Moby and PE to have dealt with it would've been behind closed doors.