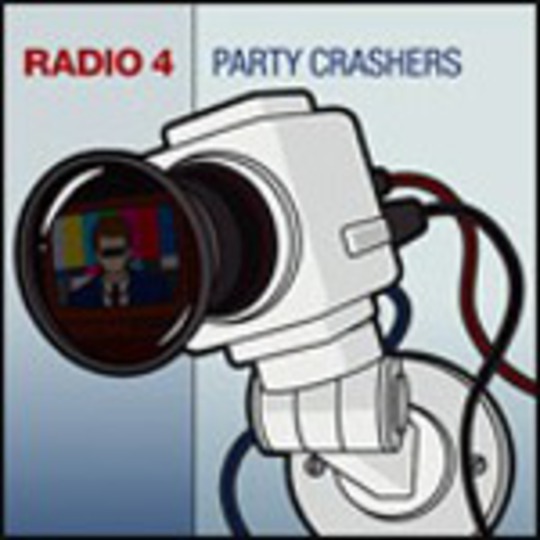 It’s always been lingering at the back of my mind, but finally, ‘Party Crashers’ has confirmed my suspicions; Radio 4 are actually, really the new Happy Mondays.

For those of you young’uns who only remember Fat Shaun and middle-aged Bez stumbling around some oversized festival stage at the turn of the Millennium, this might worry you hugely. For those who recall that the Mondays were at some stage, the most cutting edge, vital indie band in the country, this is high praise indeed.

‘Party Crashers’ is a massive, stylistic step on from Radio 4’s debut album, and comes with a wholly organic club sheen attached to it. A throbbing baseline mingles with a scorching guitar line, fierce keyboards and insistent percussion. It’s dark as fuck, quite, quite brilliant and frankly, it makes the Rapture look like total amateurs. Word is that the forthcoming ‘Stealing Of A Nation’ is set to be one of the albums of the year, and as initial shots across the bow go, this single is quite a persuasive argument.