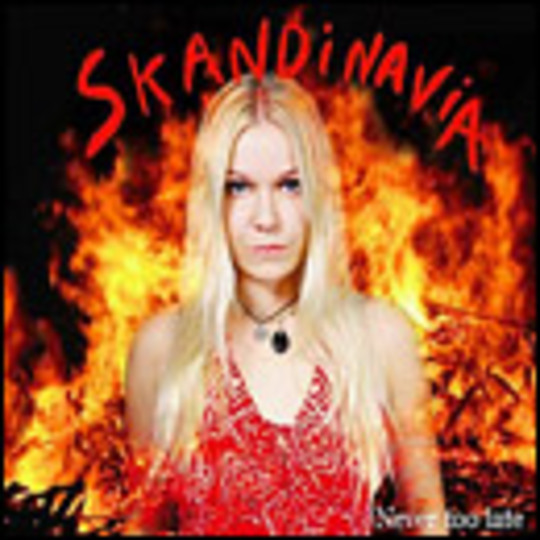 Upon hearing of a new band formed by ex-Bellatrix singer/songer Eliza Newman and featuring former Crashland bassist Martin Maddaford, your correspondent became all misty-eyed, recalling the halcyon days when being ‘indie’ involved dancing to the Evening Session and getting ink smudges from glossy copies of the Melody Maker (sniff).

Far from being a Class of 2000 alt.pop supergroup (Fierce Panda contingent), Skandinavia are actually embracers of Rawk Music and duly have the riffery to prove it. New single 'Never Too Late' comes on like a slab of early ‘90s power metal, with layered wailing vocals, soaring violin and thumping bass, but without the ‘ironic’ factor that could have them labelled as a typical ‘post-Darkness’ band (even though Dan Hawkins once played guitar for them). Meanwhile B-side 'Storm' is reminiscent of 'Pablo Honey'-era Radiohead given more oomph, dusted with string accompaniment and replacing Thom for PJ Harvey. Plus the lyrical content is said to concern Nordic mythology, which is a far cry from singing about Star Wars fanatics and wetting yourself in front of potential boyfriends. Stormy, mystical and highly enjoyable Iceland rock it is, then.