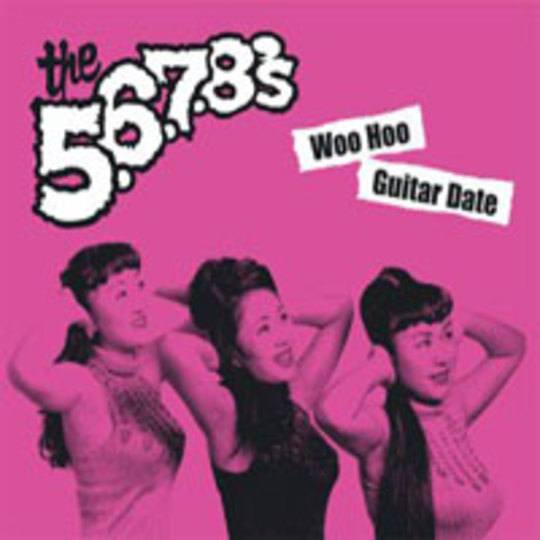 So, you’ve watched Kill Bill and had a walking guitar line circulating through your conscious, you’ve hooted dementedly every time England have scored a penalty (granted, not many times) and you’ve seen the construction workers off the Carling advert go topless to the sound of the twelve-bar blues. For this, the buck stops at The 5678s, three merry Japanese girlie-poppers playing gusto-surf toons so dumb they make the first Datsuns album sound like Einstein with a Flying V. It’s unsurprising that Tarantino chose them as his latest house band, as hastily-re-released few-minute single ‘Woo Hoo’ could have easily slipped into the Pulp Fiction soundtrack had Dick Dale’s fret dexterity been replaced by a deranged owl on vocals. As you’d probably guess, this single ain’t for those who are easily annoyed by repetitive vowel sounds, like to keep hold of their inhibitions at all times, and expect their rock thrill to have at least passed the musical equivalent of Intermediate Studies. But, let’s face it, where’s the fun in that? A cheap, clattering, brief and unashamedly rousing thrill, not unlike riding the mechanical Mystery Machine from Scooby Doo outside Asda when you’re two years old.