Do Me Bad Things 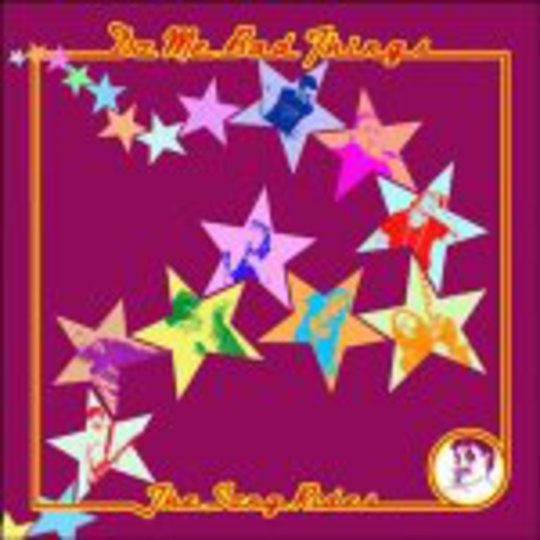 The Dublin Castle isn't known for producing superstars. Granted it helps along its fair share of leather trouser wearing punks or my bloody valentine swearing t-shirt indie boys achieve that 'indie' deal. But never like this.

I fell in love.

They were the all day breakfast of the UK rock n roll scene. Everything you wanted on one plate, in one place.

And now it's on record, screaming grit, bleeding popstar and raining doo wop.

There was once a plan, a conspiracy if you like. Songs were becoming too political and too long for the radio. But the government had difficulty stopping it. They tried herding in the pesky drug dealers, cowboys and songsmiths but nothing happened.

So they created DMBT.

Then they let them write three of the most inspired rock creations, laced them with firecracker rocket paint and sent them on a journey to Archway via Croydon.

Lost Slayer riffs were resurrected with that soft female angle, Axl Rose was replaced by Robbie Williams and the drummer was designed to keep up.

Mark Lanagen had trouble with his voice. Because it was stolen and bettered by the bad things. It was then plastered against some slides by Iggy Pop.

The female touch adds class. It adds pop. Doo wop singers will be so hot right now when you discover the bad things. Don't think the Bell Rays, think a Tina Turner you'd want to shag while smoking her rock crack stash. Choruses will never be the same again. Bands will need to improve.

The man tremendous mike (obe) has once again discovered the band that we all want. There will be no surprise here; this will of course explode. Magazines will have to fit nine bad things on their covers; radio will have to cram nine bad things into their recording booths; TV should be fine - plenty of space. This is special.