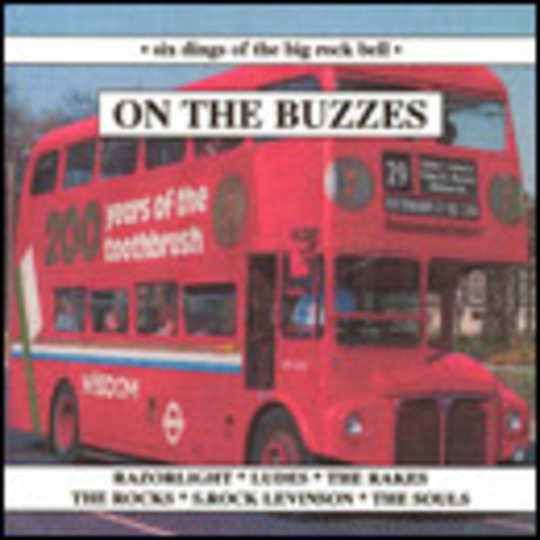 Stop me if you've heard it: Fierce Panda, six bands, a play on words. Sounds familiar, right? Too right.

Fierce Panda's previous attempts at collecting bands from certain scenes/genres and bundling them together as a quick-fix representation of what's going on have been rather hit and miss. This one should be a hit, what with up-and-comers Ludes and The Rocks appearing alongside newly ordained rock royalty Razorlight, but the whole thing sounds, well, kinda boring really.

Yes, each and every act here knows how to string a guitar; better still, some of them can play with a faint sense of passion. The problem is that no one band really holds your attention. S.Rock Levinson nearly manage it - the opening minute or so to their 'Spitting In Italy' is a delight - and The Rocks' 'Celeste' is decent enough, but the rest? Nah. The Rakes' 'Something Clicked And I Fell Off The Edge' is as pointlessly pretentious as its too-long title suggests - some bands have the eccentricity and/or simple talent to pull off such long-winded titles; some really don't - and even headline-grabbers Razorlight test the tolerance with an alternative (exclusive!) version of 'The Dagger Song'. I've not heard the original, but here's hoping it's better (or else why would they be getting so much attention, eh?). All of which leaves The Souls. Their track here, 'Gangsta', is their first release; if there's an indie-rock God up there it'll be their only one. It makes me want to batter people with house bricks. Random people. Random people in scruffy, badged-adorned suit jackets. NOT a good feeling...

If this is the state of indie rock, or rather Fierce Panda, in 2004, then all I can say is: what the heck happened to Twist and Chewy?